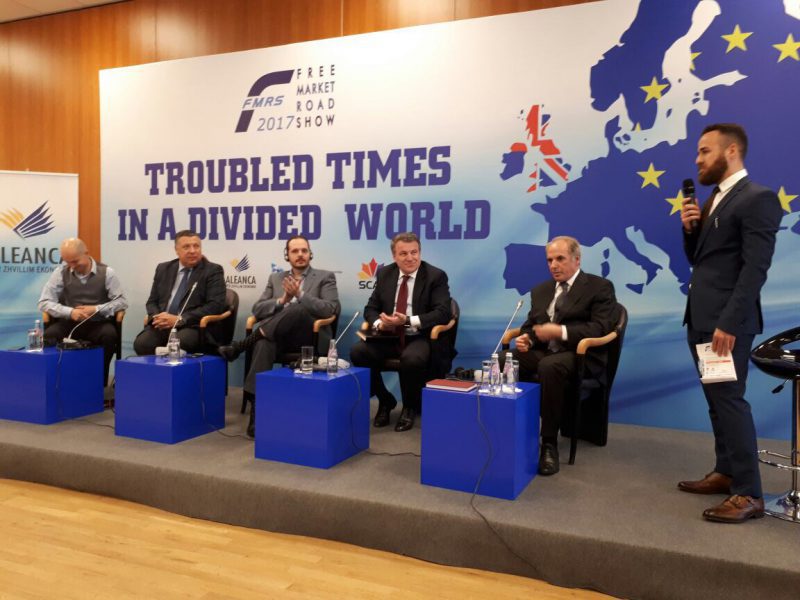 The Free Market Road Show, which is the biggest libertarian event on Earth, visited Tirana in times of political turmoil. We co-hosted the event with Foundation for Economic Freedom (http://fondacionifle.al/). It was a magnificent event with more than 150 people – most of them from the business community.

It was precisely Besart Kadia, our local partner, who pointed out that one per cent of Albanian companies ay forty per cent of the taxes. Therefore, they are strangled by this situation.

He also criticized some of the current policies of the government. Dr. Kadia explained that “in Albania six thousand people have lost their lives because of conflicts on property,” while at the same time, “we have not resolved the basics yet and the government wants to move the discussion to more sophisticated topics.” 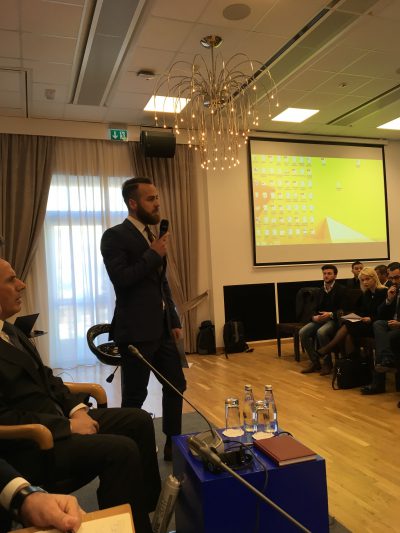 Afterwards, Mira Pogaci, from the most important Albanian economic Chamber, drew attention to taxes and the rule of law. Ms. Pogaci told that by the end of 2015 the government tried to implement extremely severe fines in for unpaid taxes. These fines were so outrageous that the justice system intervened and they were finally declared unconstitutional. In any case, such an attempt by the government created uncertainty in the business sector. She recommended a different approach towards reform: “Policies should be the result of big consensus and consultations.”

Federico N. Fernández, from the Austrian Economics Center, tried to link the topic of populism and taxes. As mentioned above, taxation has become a very concerning issue in Albania.Mr. Fernández analyzed populism. He did it with the Latin American experience as a starting point. According to him, “the Latin American populist of the 21st have been all left wing. But the differences with so-called ‘right-wing’ populists of Europe are minor. Particularly in the case of economic policies.” Fernández gave Marine Le Pen as an example.

Her policies, he believes, are very similar to the ones of any Latin American populist, with their emphasis on protectionism and the importance of the internal market. He went as far as saying that “Marine Le Pen’s economic platform since to be taken from the Argentinian dictator Juan Domingo Perón.”

Moreover, Fernández traced some other parallelisms. He told how in his native Argentina the populist Kirchner administration (2003 – 2015) used tax policy as a weapon. “Taxes are so high in Argentina that it is impossible to pay them all. This also causes that a huge part of the economy is informal.” He claimed that the government knew this and so they used the tax agency as a sort of KGB against opposition and businesses. “The local tax agency became a tool for extortion and political harassment – and it was very effective because taxes are so high that no one can pay everything, they always found some dirt.”

He concluded that it was very dangerous that in Albania businesses were also being harassed by the tax authorities – some of them receiving seven or eight “visits” in short periods. “This is definitely not a good news for the economical and political environment of the country,” Fernández concluded.