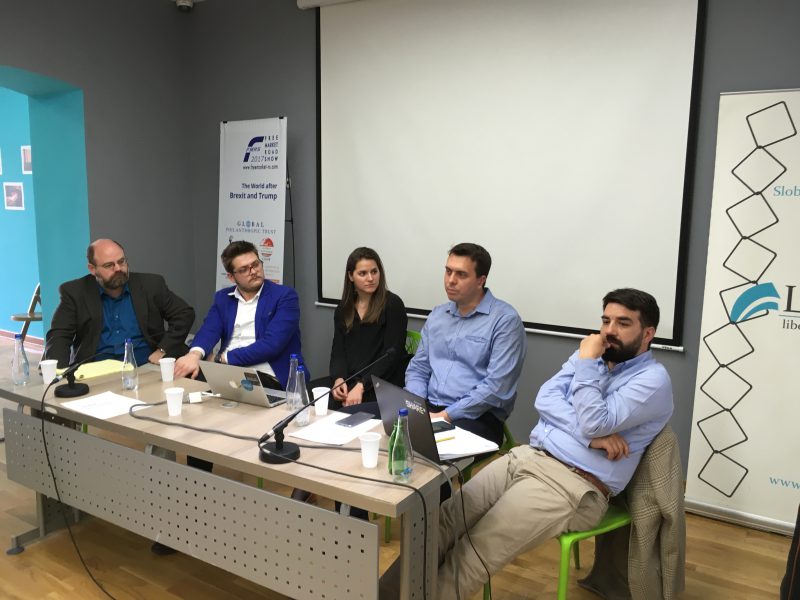 The Free Market Road Show -the biggest libertarian event on Earth- paid its yearly visit to Belgrade. We teamed up with Libek, a local think tank which advocates for individual freedom. Although it was the main point of discussion of last year’s FMRS, the sharing economy remains a topic of great interest. That is why a full panel was devoted to this issue. The panel started with a keynote speech by Robert Murphy.

Dr. Murphy is a professor at the Free Market Institute (Texas Tech University). All those students interested in an academic career in economics should check their PhD program. Dr. Murphy said that the term “sharing economy” can be misleading. He explained that it does not consist in sharing in the same way you can lend your bicycle to somebody. Nevertheless, the sharing economy allows to economize existing resources.He believes that the sharing economy is going to expand. “The first time you take an Uber you realize that you will never take a taxi again. Consumers prefer it.” 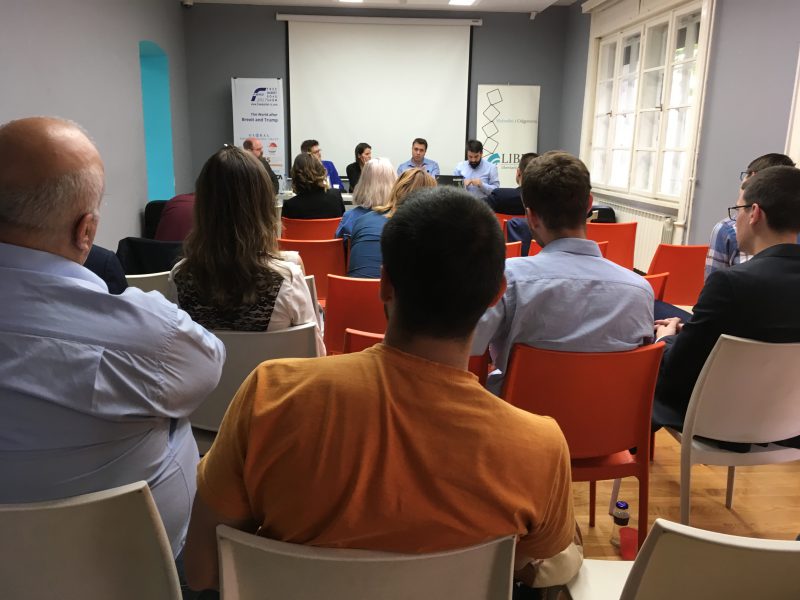 Regarding the topic of regulations, Murphy acknowledged that hotel have building regulations. However, the problem are regulations themselves, and not platforms such as airbnb. He asked why, for instance, the fire regulations that apply to a child sleeping at his home are not the same to the ones of a businessman sleeping in a hotel. Vuk Guberinić, from the ride-sharing company Cargo, told that the sharing economy makes things easier for old people, regardless of their age. He also highlighted that the sharing economy lets people start projects without worrying to have to pay taxes.

“This is very important in the early stages of a business (and for young people with no capital),” Mr. Guberinić emphasized. Aleksandar Kokotović, the European Programs Director of Students for Liberty, spoke about the relationship that young people have with work. According to him, “sometimes young people the free lancing lifestyle.”

What is more, Mr. Kokotović claimed that the possibilities the sharing economy provides are not merely to allow young individuals to obtain an additional income. “The sharing economy will help young Serbians to work on their own, in spite of the regulations.” Finally came the turn of Đorđe Krivokapić. Mr. Krivokapić is the Policy Director of the Share Foundation.

The Serbian lawyer announced that major economic changes are coming and that “cartels and many existing industries will be destructed.” This is because the sharing economy is about efficiency and optimization. Mr. Krivokapić brought some good eco-news: “We will use resources in the most efficient and environmental friendly way.”