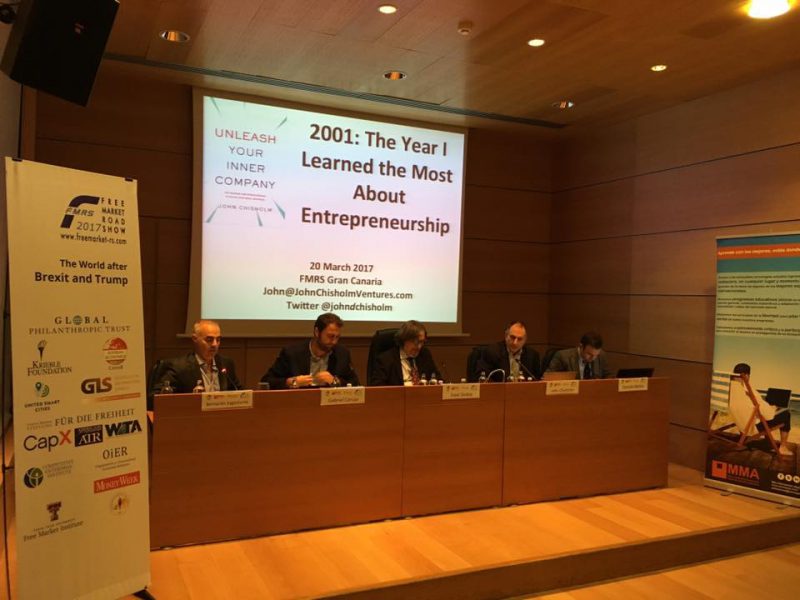 The Free Market Road Show came back to the Canary Islands. Partnering once again with the Instituto Atlántico we visited Gran Canaria this time. The main topics of the event were trade issues and education.

On the former, María Blanco opened the panel clearly stating that “protectionism does not protect anybody.” The Spanish intellectual continued saying that instead “protectionism makes us poorer.” She also highlighted that it was in the Canary Islands where medical and health tourism was invented. But all that changed because of protectionism and trade barriers.

The local businessman Agustín Manrique de Lara lamented that the “Canary Island have long known what free trade is but we have also accommodated to protectionism.”

His talk gave the perfect opening for who was the man of the hour: the former minister Juan Manuel Soria. Mr. Soria opened up his speech by making clear that free trade has always been important for the Canary Islands. He explained that the rich trade history of the Islands started in the 15th century. Moreover, according to Mr. Soria “the debates over free trade in the 19th century were not an issue in the Islands.” This is because free trade was fully accepted. However, in 1986 – when Spain entered the European Economic Community – things started to change.

Mr. Soria also referred to the last G 20 Summit that took place in Baden-Baden (Germany) during March 2017. He deplored the fact that due to the pressure of the United States representative, the traditional pledge for free trade was dropped from the final document. According to the former minister, “this is by far the worst signal that the Trump administration has sent so far.” He explained that “when Ronald Reagan got into office there were also fear and anxiety.” Nonetheless, unlike his predecessor, “Mr. Trump seems to be confirming those fears.” Mr. Soria closed his remarks emphasizing that free trade has more to do with imports than exports. “Free trade,” he said, “is deeply related with the freedom to choose of each and every citizen.” 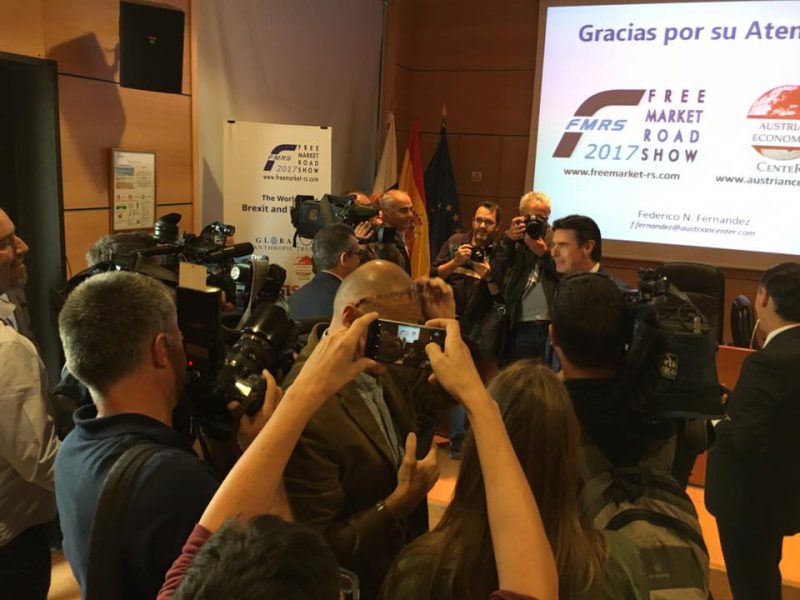 Education and the future

Local speaker Gonzalo Melián left many interesting concepts regarding education in his home country. He claimed that the main task of universities should be to “mold people for the new world that is coming.” He mentioned that, for instance, “working forty years for the same company will not happen anymore.” However, he is worried that the Spanish regulatory framework is too tight and does not allow for the necessary changes in education. “When we see the most important companies in education today, companies like Coursera, for example… Can we start here companies like that given the regulations that exist in Spain?”

Finally, Gabriel Corujo, politician and business owner, stressed on the importance of financial education. “Our schools are creating financial illiterate people.” He went even farther and said that the most important role of education is to foster critical thinking. He closed his statement celebrating a forum like the Free Market Road Show. “I am a center left politician and meetings like this allows us all to realize that we have many things in common.” 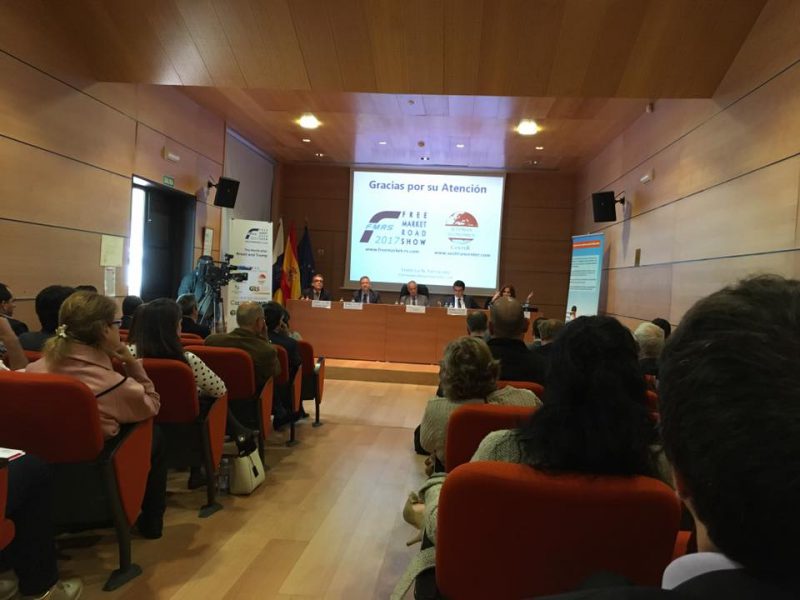