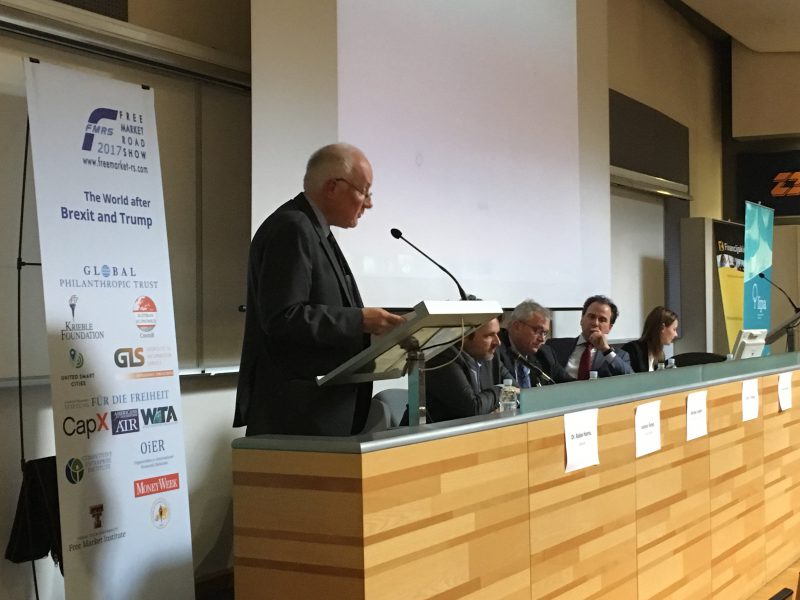 The Free Market Road Show started ten years ago visiting just four cities. This year we will visit more than forty. This exponential growth has been possible in part to great partners such as the Center for the Renewal of Culture and the Financial Club. These groups are the co-hosts of the FMRS stop in Zagreb. Thanks to the close cooperation of the Austrian Economics Center and the FMRS family with numerous institutions across the globe, we held a special panel on taxes teaming up with the World Taxpayers Association.

So, let’s go directly to the highlights of what was said! Scott Hodge, the president of the American based Tax Foundation, deplored the newspeak of the Organization for Economic Cooperation and Development (OECD). He said that “the OECD is now talking about harmful tax practices, and harmful tax competition. I agree there might be harmful tax practices… to France and those who do not want to compete.” 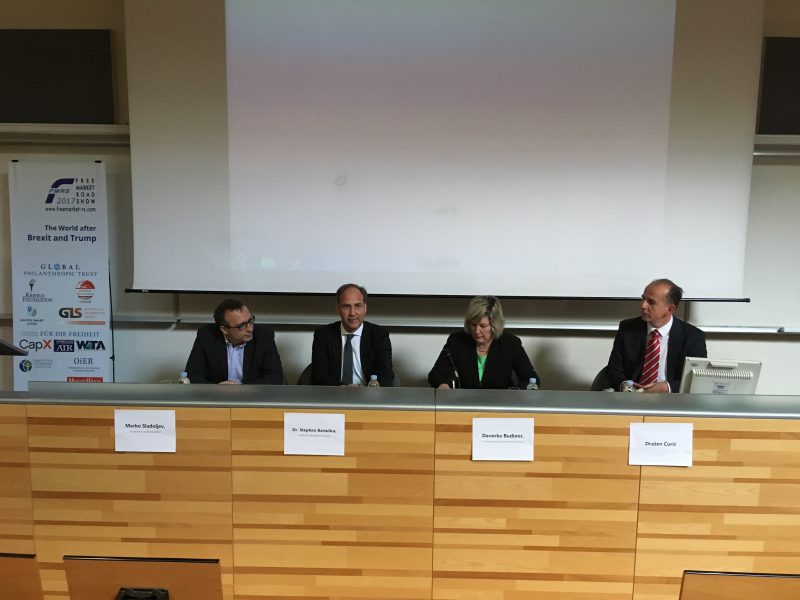 Mr. Hodge also claimed that we are living in an age of overrated fear. “There is a lot of fear and anxiety that jobs are being created at the expense of the American workers.” This is not exclusive to the US, according to Hodge. In Europe fear is also spreading. He consedired that the phobia against Genetically Modified Organisms (GMOs) is a great example of that.

The economist Velimir Šonje centered his talk on the ideas of President Trump’s main economic advisor – Peter Navarro. Mr. Navarro is a member of the democratic party notorious for his criticisms of free trade, China, and Germany. Navarro has deemed these two nations as “currency manipulators.” Fortunately, Dr. Šonje believes that we are starting to see a shift from Navarro’s influence and point of view towards a more realistic approach. “As we all know, Germany is a competitive regardless of the exchange rate,” he concluded. 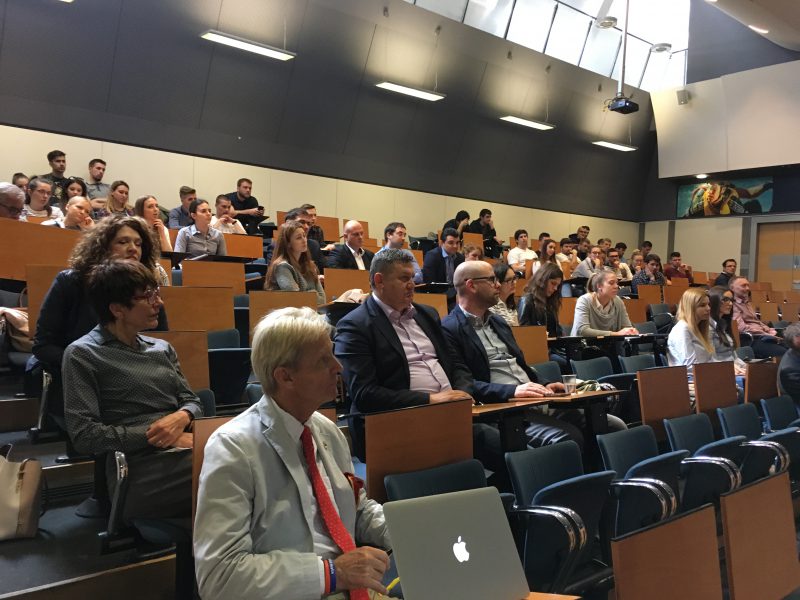 Michael Jäger, from the Bavarian Taxpayers Association, gave a magnificent speech focused on the future of Europe after Brexit. “Brexit was as unexpected as it was unprepared for both the UK and the EU,” said the German tax expert. He also lamented that, after Brexit, nothing has changed in the European Union. Mr. Jäger believes that it has been utterly demonstrated that “high taxation means low economic growth.” That is why he espoused the following approach to taxation:

• tax competition
• tax deduction for start ups
• tax bonus for investment in R&D
• Examples: tax credit, no taxation on reinvested profits as long as they remain in the company, if capital is pulled out normal taxation (like Estonia)

Mr. Jäger seemed to be highly skeptical of the possibilities of tax harmonization within the European Union. In his own words, “there is no mandate to harmonize direct taxes. We merely have to convince only one country not to vote for tax harmonization and the project will be dead.” Finally, the British historian Robin Harris spoke about Brexit.

He believed that “Brexit is in line with the liberal tradition” because “the British anti-EU sentiment is not due to an anti-trade position.” He also made some distinctions regarding the term ‘populism.’ “Populism today is a word use by the left when the left loses elections,” he maintained. Nonetheless, he granted that in economics populism can indeed be dangerous since it offers shortcuts.