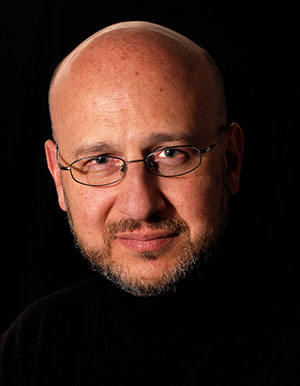 served in the White House as speechwriter to Presidents Ronald Reagan and George H.W. Bush, and as Assistant Director of the White House Outreach Working Group on Central America.

A presidential commissioner for the Honduran “ZEDE” development zones initiative, Mr. Klugmann is Co-Chairman of the international board that is the governing authority for the zones, having been appointed by the President of Honduras and confirmed by the National Congress.

END_OF_DOCUMENT_TOKEN_TO_BE_REPLACED

Mr. Klugmann has advised seven democratically-elected Presidents outside the United States and has helped governments to design and win approval of multiple financial, regulatory and infrastructure reforms.  He has given expert testimony before legislative committees of four countries, including the U.S. Senate Banking Committee.

An innovator in reform zones, in 1999-2000 Mr. Klugmann originated the LEAP Zones policy framework (see, www.leapzones.org) that uses “institutional leapfrogging” to create highly competitive special Legal, Economic, Administrative, Political jurisdictions. He first proposed this reform in Honduras to Porfirio Lobo, six years before helping him to be elected president. He was a co-drafter of the Organic Law for the Honduran special zones, and advised the government of former Soviet Georgia on the creation of special zones.

An expert advisor on helping governments achieve difficult reforms, Mr. Klugmann is the creator of unique methodologies that accelerate the successful implementation of change and deliver effective public/political communications to resolve obstacles.  He counsels governments on strategy and advises candidates and enterprises on their public campaigns.

He served as founding Director of Jose Pinera’s International Center for Pension Reform, and collaborated with former President of Spain Jose Maria Aznar as Strategic Advisor in the creation of the Notre Dame Global Adaptation Index.  He is Visiting Professor at Universidad Francisco Marroquin.

He has lectured on public policy in over 30 countries and at numerous institutions, including Harvard University’s Kennedy School, the World Bank, the Camara de Comercio de Lima, the American-Swiss Foundation, the Global Financial Summit (Nassau), the Antigua Forum, the Free University of Tbilisi, the Catholic University of Chile, the World Congress of the International Public Relations Association, FEDEPRICAP, the Consejo Empresarial de America Latina, Mont Pelerin Society (Hong Kong) and events in more than twenty European cities on the Free Market Road Show.

Mr. Klugmann has appeared in many international media, including the BBC, New York Times, Wall Street Journal, Guardian, Time magazine, CNN en Espanol, and been cited in several books including “Inside the National Security Council” (Simon & Schuster) and the business bestseller “The New Maxi-Marketing” (McGraw-Hill). A former television producer and editorial writer, he has been invited to join Forbes.com as an opinion columnist.