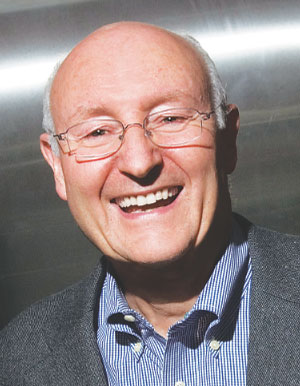 is a Senior Fellow and Honorary Director of The Fraser Institute and Chairman of the Fraser Institute Foundation. From its inception in 1974, until September 2005, Michael Walker directed the research activities of the Fraser Institute and for most of the period was its Chief Executive Officer. Before that he taught at Western University and Carleton Universoty and was employed at the Bank of Canada and the Federal Department of Finance. He received his Ph.D in Econometrics at the University of Western Ontario and has been awarded Honorary LLD and DSS degrees.

END_OF_DOCUMENT_TOKEN_TO_BE_REPLACED
As an economist, he has authored and edited many books and articles on popular and technical economic issues. His principle concern as a Founder of the Fraser Institute has been to promote the examination and use of competitive markets as a method for enhancing human development. He has provided policy advice in this pursuit on 6 continents.

He is a director of a number of firms and other enterprises, including: Mancal Corporation, The Milton and Rose D. Friedman Foundation, The Canadian Constitution Foundation, North Point School and the owner of the Walker Group of Companies. He was a founding Director of Sydney Research – a pioneer Canadian software company, an owner-Director of Mackenzie Fiemann Chemicals Ltd., a Director of Canaccord Financial, Loram Group of companies, Loram Maintenance of Way (US), Collingwood School and the Max Bell Foundation. He is past-Chairman of The Pacific Academy for Advanced Studies which hosts the annual meeting in Alamos, Mexico of the “Chicago Boys” who have been instrumental in the economic reform process in Latin America and elsewhere.

He is married and has two children and three grandchildren. His hobbies include windsurfing and tennis and he is a licensed pilot of both airplanes and seaplanes.