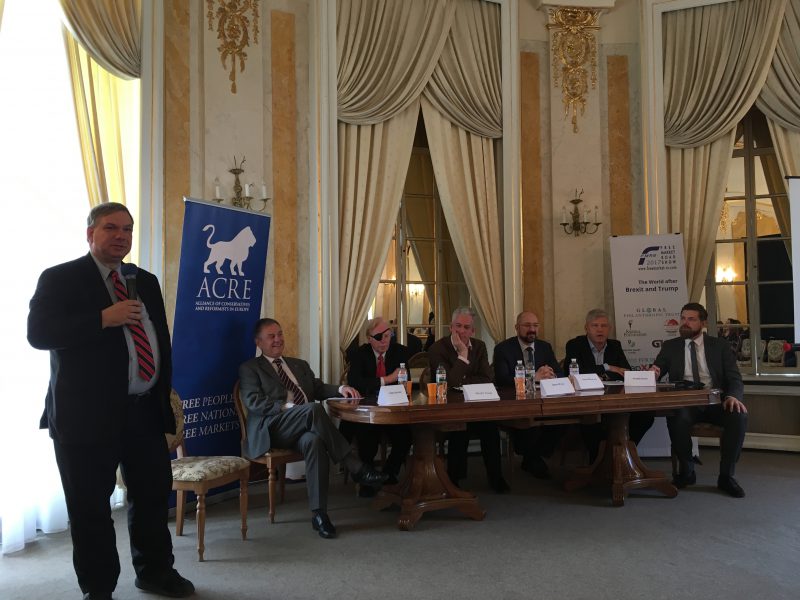 Lviv is one of the cities the Road Show visited for the first time this year. And given the results of the visits, it won’t be the last. The event was spectacular, with two hundred attendees, several panels, media coverage, and a beautiful venue. In this Ukrainian city, the Austrian Economics Center partnered with the Kribble Foundation. The program was kickstarted by the American journalist John Fund.

Mr. Fund said that it has been twenty five years since Ukraine got its independence. There are a lot of challenges and these have to be overcome. He appealed to young people in the audience. “The young people have to stand up and tell the adults that it is time to grow up. Twenty five years is enough.”

Regarding Russia, he expressed that “success is the best revenge. A strong economy means a strong defense.” The economist Richard Rahn focused on the good examples Ukraine could follow. He mentioned the cases of Estonia, Chile, and Switzerland. All these, by the way, are documented by the films made by Improbable Success Productions. 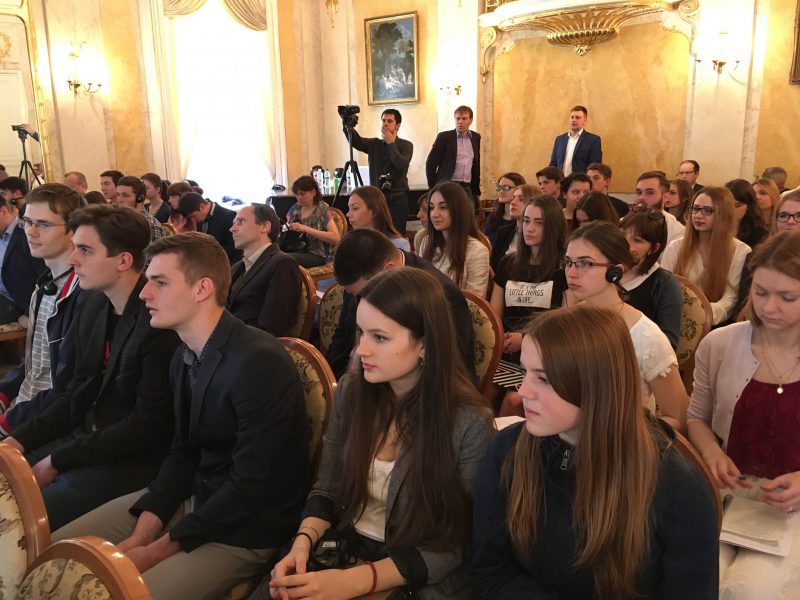 In the case of Estonia, Mr. Rahn celebrated that the Baltic country went to e-government. “This dramatically reduces the opportunities for corruption.” He also praised the drastic changes made in Chile – such as the pension reform led by José Pinera. About Switzerland, he claimed that this country “has the best political system. People manage their own lives. So nobody knows who the president is. It is an irrelevant figure.” The virtues of trade were explained by the British economist James Sproule. “Trade underpins economic success in the long run.

The problem is that there are always protectionist temptations. The gains are widespread and the losses very concentrated. The ‘losers’ of free trade can fight back.” Mr. Sproule does not despair. He thinks the way to gain strong popular support for trade opening is the rapid growth this can generate. He also underlined the importance of the rule of law.

“Smaller companies need the rule of law. Without it, they cannot survive.” And precisely on this last point, Denys Shmihal made his most interesting contribution. Although Ukraine is on the way to economic integration with the European Union and exports are growing by twenty five per cent, these opportunities are not for all companies. Small ones are not yet included. 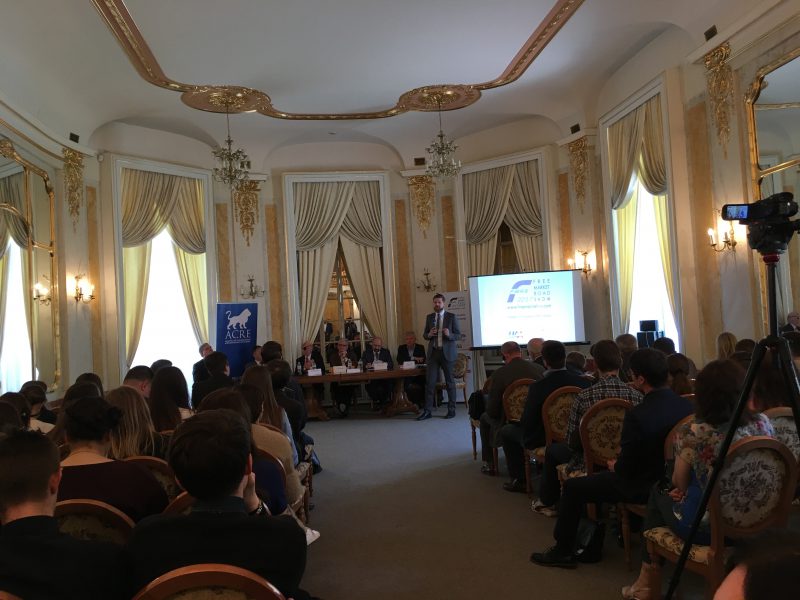 The panel was closed by Daniel Kaddik, from the Naumann Foundation. He brought to the audience’s attention the example of Taiwan. “It is a country that exposed itself to the world. Today is a great producer.”

“Countries are not islands,” Kaddik said and continued, “although the United Kingdom is an actual island. The solution is not to isolate yourself.” The event was closed by a magnificent presentation about the life and work of Ludwig von Mises given by Manfred Moschner. Lviv happens to be the city in which Mises was born. Mr. Moschner’s presentation can be downloaded here.