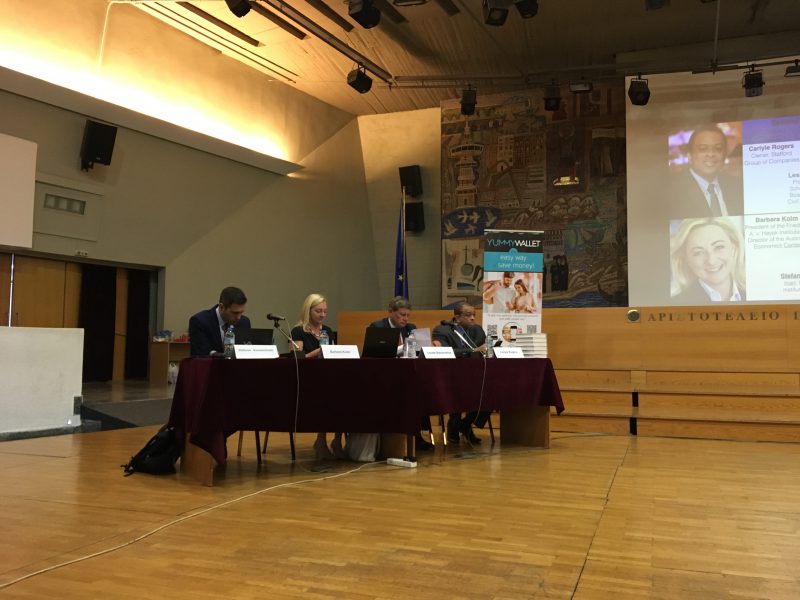 One of the capitals of the Free Market Road Show is, without any doubt, Thessaloniki. In that Macedonian city, the event is organized by a former intern of the Austrian Economics Center – Anna Kotsaki. Ms. Kotsaki and her team make, year after year, a fantastic job. 2017 was no exception, and Thessaloniki marked one of the highest points of the Road Show.

In this short summary of the discussion, we would like to highlight the criticisms towards two important contemporary leaders – Donald Trump and Jean Claude Juncker. Carlyle Rogers, a businessman from Anguila – a British overseas territory left very interesting concepts regarding both Brexit and Trump. 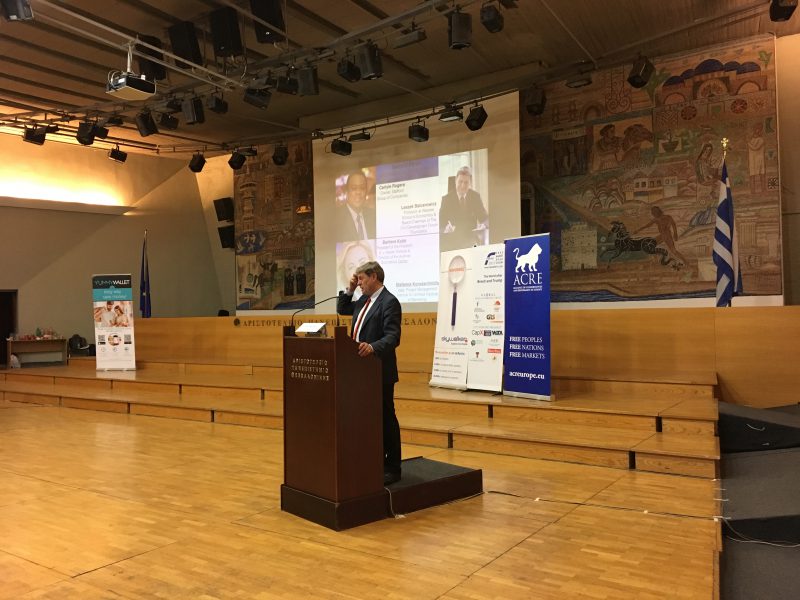 Mr. Rogers claimed that the Brexit issue cannot be properly understood without certain historical background. He told that, after the World War II, citizens from other parts of of the Commonwealth were invited to England to help with the reconstruction. In those years, cities like Mancehster ir Coventry were almost completely destroyed due to the German bombing campaigns.

This invitation, however, made a part of the British population “anxious.” Already in 1968 politicians and sectors of the society were expressing concerns that the demography of the England was changing too suddenly due to the newcomers. Mr. Carlyle considers that Brexit today echoes some of the same fears. Namely, immigration out of control. “I am sympathetic to Brexit from the economic perspective. However, we cannot have an honest discussion without saying that immigration was at the heart of the issue.” 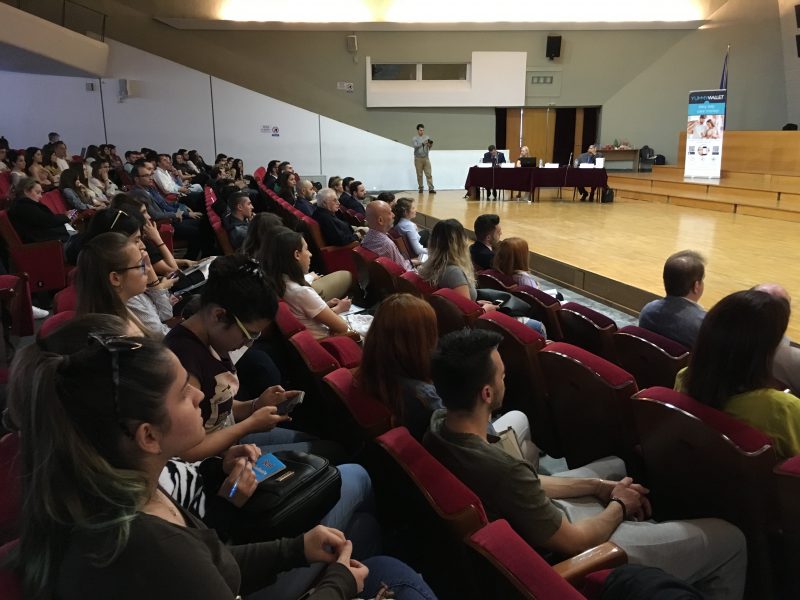 About President Trump, he expressed that “he is probably an autocrat.” Mr. Carlyle questioned that president Trump may hold any libertarian points of view. And he concluded that “his actions as president will undermine democratic governance in the United States.” Then came the turn of Barbara Kolm. Dr. Kolm is the Director of both the Free Market Road Show and the Austrian Economics Center.

She started her remarks bashing The President of the European Commission . “When Juncker opens an event in Italy speaking in French and says that English is not important anymore – that is childish.” She then talked about the threat of protectionism – with examples at both sides of the Atlantic. 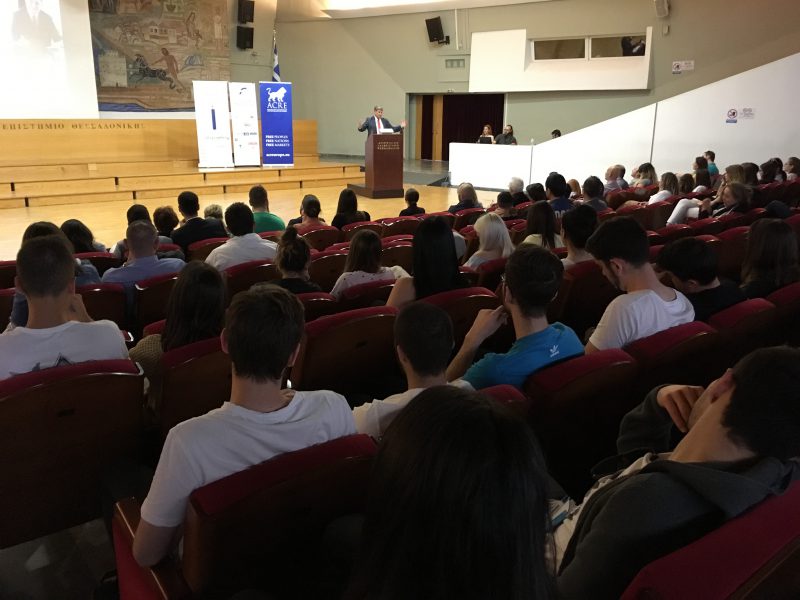 “If Trump closes borders, life will be more difficult for the American consumer. Tariffs will bring prices up and wages low.” She explained that whenever there is have free trade, economies grow. This is mainly because free trade is about the division of labour.Finally, she reminded that Europeans should not merely criticize Trump’s rhetoric while there is so much to do in their own Continent. For instance, she reminded that “Estonia used to be more open to trade than it is today… but this changed due to EU regulations.”