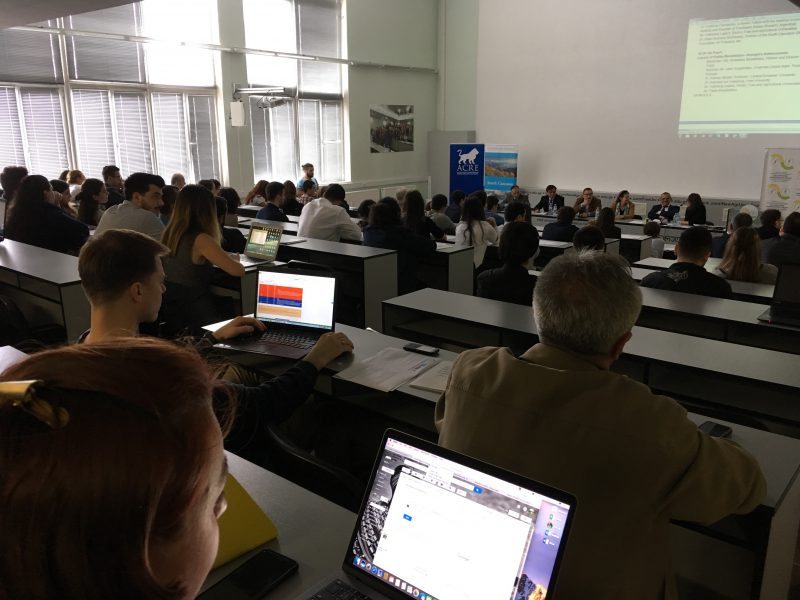 The Free Market Road Show, the libertarian traveling event that visits Europe’s most dynamic cities, made its traditional stop at Tbilisi (Georgia). We teamed up with the New Economic School and the Free University. The latter was founded by Kakha Bendukidze. And this fact is no coincidence. Mr. Bendukidze was in charge of the amazing reforms that took place in Georgia after the Rose Revolution.

The first panel was fully devoted to honor Kakha Bendukidze’s legacy. It was comprised of people who knew him very well – including his own daughter, Anastasia. The tribute was kickstarted by Lado Gurgenidze, who was prime minister of Georgia during the reformist period. 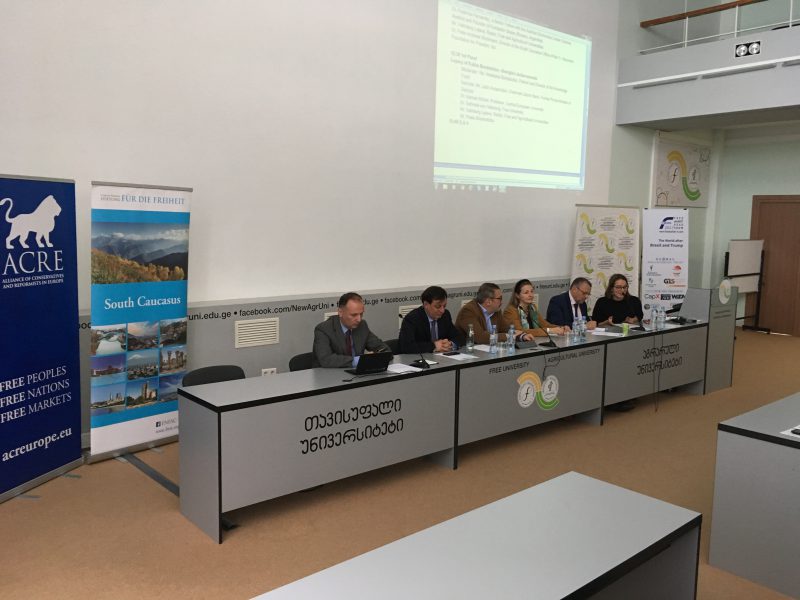 Mr. Gurgenidze explained that “without the arrival of Kakha Bendukidze at the beginning of the Rose Revolution, Georgia would be a much less livable country.” He also mentioned that the free market reforms that were applied in the country were not inevitable. It was in fact thanks to the personality of Bendukidze that they happened. According to the former prime minister, one of the greatest achievements of Mr. Bendukidze was that “he managed to move the social discourse of this country.

For example, now most people understand that investment equals economic growth.” Finally, he identified two unique issues of the Georgian reforms. Firstly, that unlike most reformist governments, Georgia was not gradual at all. Secondly, the ‘Liberty Act.’ This act is an organic constitutional law that secures basic economic freedoms and limits the powers of the government. One of these limitations consists in the need of a referendum to raise taxes. 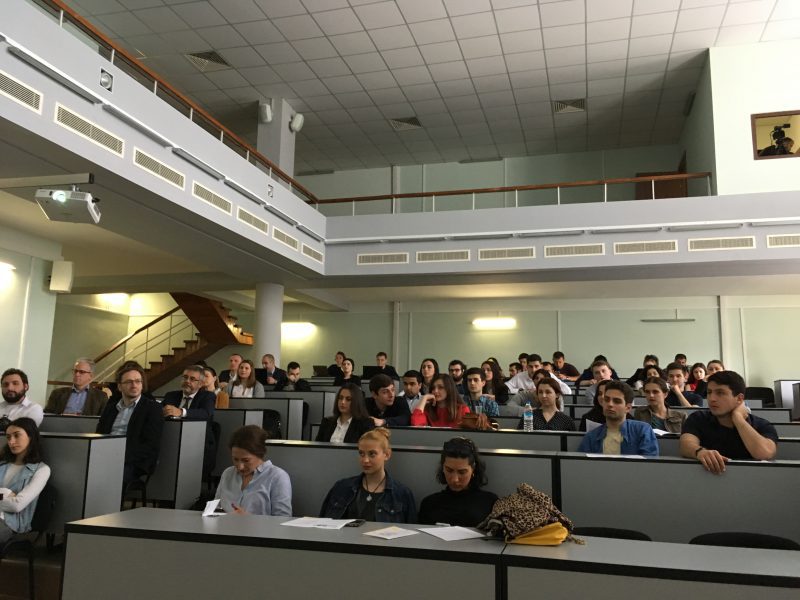 Afterwards it was the turn of Kalman Miszei.Mr. Miszei praised the Georgian experience. “The Georgian example should be used. It is a laboratory of reforms that worked.” He highlighted the ability the country had to break from the ‘Mafia state.’ The Saakashvili administration was able to eradicate the culture of corruption. Shrinking the state and paying decent salaries to public official were fundamental in this task.

When Gabriela von Habsburg took the stage, she remarked that Kakha Bendukidze should be an example and a guiding figure for the young. “He was indeed a visionary and the young must be aware of his ideas and take them into the future.” Incidentally, Ms. Habsburg was the Georgian ambassador to Germany between 2009 and 2013.

Vakhtang Lejava, who is the Rector of the Free University, told that Mr. Bendukidze thought of himself as a “pragmatic libertarian.” “He wanted the ideas to be implemented. He was not into mere ideology.” Mr. Lejava deplored that nowadays the ‘Liberty Act’ is being questioned. “If we want to preserve Kakha’s legacy, we have to maintain the ‘Liberty Act.’ It is very unfortunate that today is under attack by certain parts of the political spectrum. I cannot believe that people do not want to have a say about their taxes.”

And last but not least came Paata Sheshelidze. Mr. Sheshelidze put it very simply: “Kakha is man who remade Georgia.” “In 2004 he was invited to become Coordinator of Reforms by the country’s government. Step by step, he introduced important reforms. From privatization to unilateral visa liberalization. The same happened with trade, that was unilaterally liberalized.” 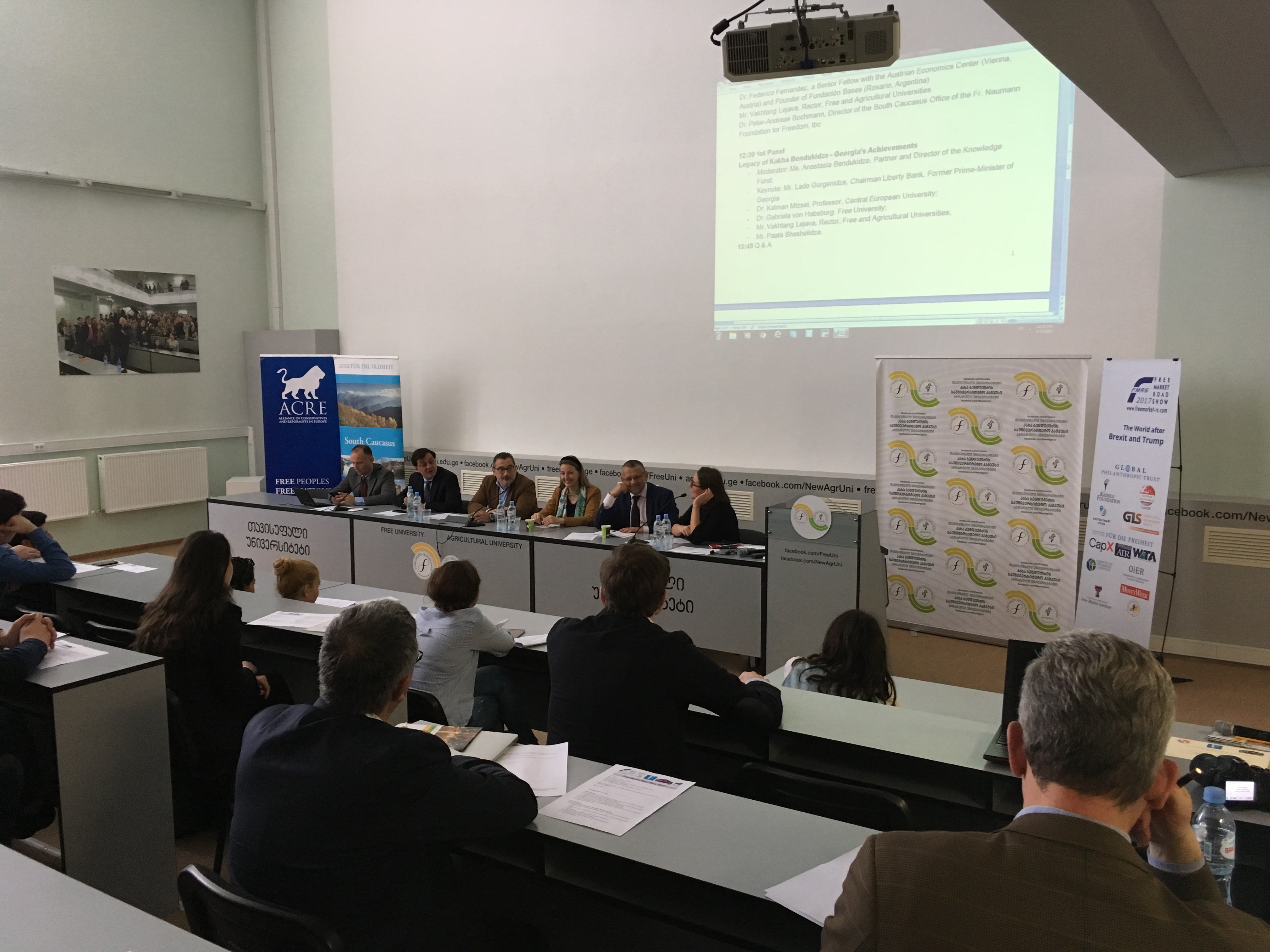 However, Sheshelidze believes that his most important reform was the intellectual shift towards understanding the importance of economic freedom. The panel was closed by Anastasia Bendukidze, Kakha’s daughter. “My father was a multidimensional person,” she declared. That is why Mr. Bendukidze did not limit himself to the work of political reformer.

He founded two universities – the Free University of Tbilisi and the Agricultural University of Georgia. “My father wanted to change the way people perceive things, like taxation, regulations, and political power.”