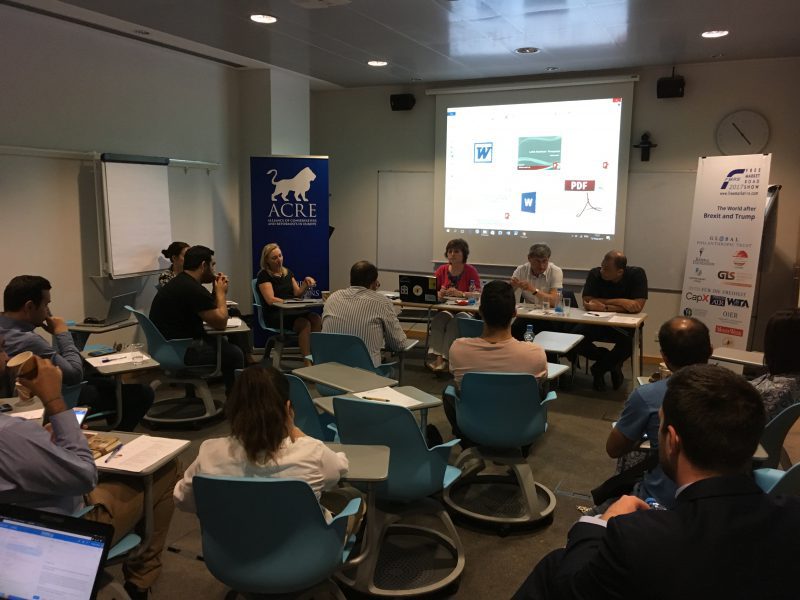 The Free Market Road Show visited Nicosia (Cyprus) for the second time in a row. We partnered with the Youth Business Network and the University of Cyprus. The event gathered a majority of young people who were interested in the message of free market economy and open society. Therefore, the talk by Alexandros Apostolides (Chair of the Depart of Accounting, Economics and Finance at European University of Cyprus) gathered a lot of attention. Mr. Apostolides talked about the Cypriot youth being overtaxed.

He argued that Cyprus citizens have the general tendency to see the state as a provider. Nonetheless, the Cypriot state has failed them – both as a provider and as regulator. “If the youth properly understood the burden of debt and taxation on them they would demand a smaller state to save themselves from paying the mistakes of others.”

The young economist illustrated this with two examples. Firstly, Cypriots are one of the most heavily indebted people in Europe – according to the Government Debt to GDP ratio. As a matter of fact, Cyprus comes third after Portugal and Italy. Secondly, the level of private debt to GDP is too high. “With 350 per cent of private debt over GDP we are in a debt trap,” he explained.

“To Reduce the debt of Cyprus to sixty per cent of GDP – with the current growth rates- the main burden of taxation will fall on this generation. The youth was not part of the decision making that led to this level of debt. So, why should they shoulder the burden?”

Mr. Apostolides recommended a course of action for the youth of Cyprus, so they can avoid to pay for the mistakes of previous generations. According to him, the youth should: