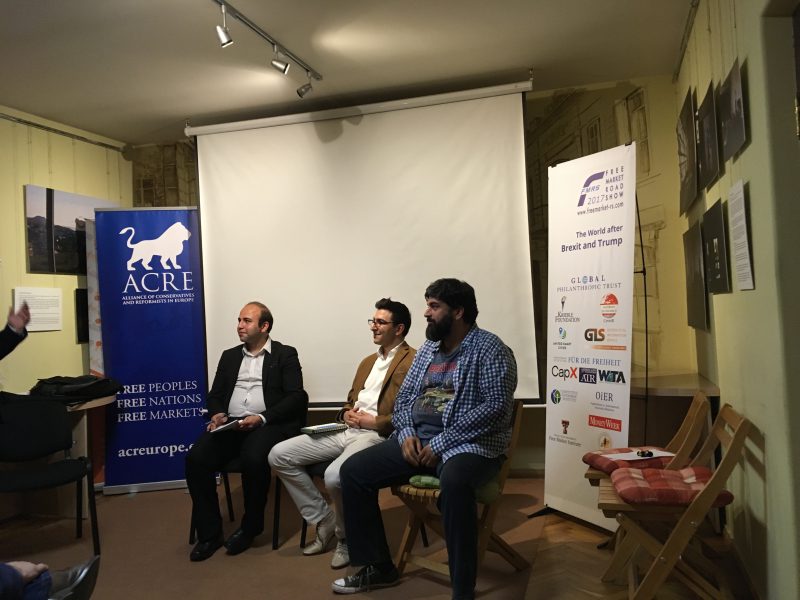 The Free Market Road, the traveling event that visits forty five in Europe and the Caucasus, made a stop at Yerevan (Armenia) for the first time. The two main speakers of the event were the American journalist John Fund and AEC’s senior fellow Federico N. Fernández. In the case of the columnist for the National Review, he spoke about the Trump presidency while Mr. Fernández was asked to give a special talk about Argentina’s populism. Why? Because Argentina has one of the largest Armenian communities in the world. Therefore, there is great interest of Argentinian affairs in the Caucasian country. Mr. Fund started his speech saying that there is a big part of the American population that feels threatened by globalization and has not been taken into consideration by mainstream politicians. “Hilary Clinton even called them ‘deplorables’.” It is this constituency the one ready for Trump’s populist message. 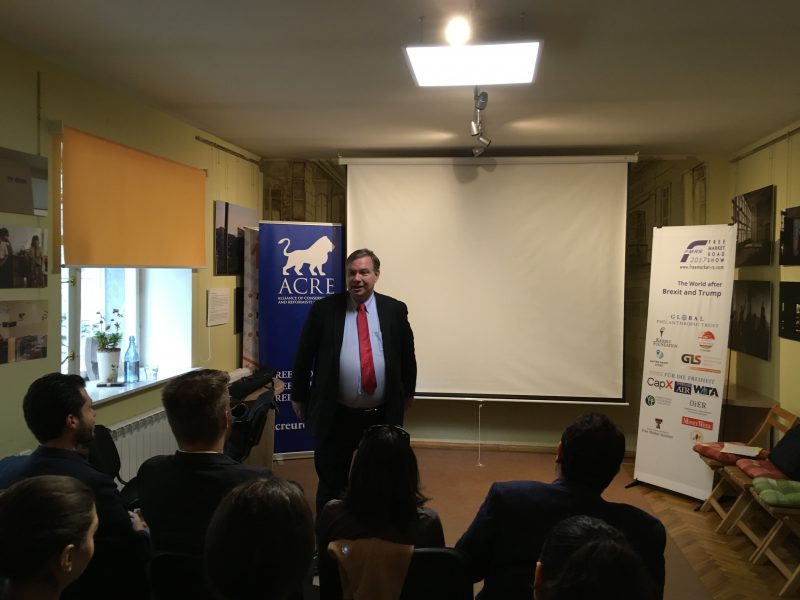 Regarding Trump’s presidency, Fund explained that we should “watch what he does, not what he says.” Mr. Fund’s biggest concern for the next four years is that little will happen. No reforms or audacious programs will be implemented – in spite of the rhetoric. “What I fear the most is that we are going to lose a lot of time. Trump’s presidency may end up being a lost opportunity. In a word – my fear is a lost presidency.”Finally, he said that he does not fear a dictatorship or an all mighty president. “Trump is getting people exhausted. I am doing this for a living and I am exhausted.”

Mr. Fernández spoke about what he considered to be the responsible for the decline of Argentina. Namely, Peronism. “Argentina was a fairly developed country until 1946, when Perón got into power.” According to Fernández, the reason Peronism has lasted so long is because Perón was able to create a populist myth. “Perón inherited a very rich country. In fact, he even claimed that the central bank had so much gold that you could not walk into many of its rooms. With this money, Perón started a populist party that lasted five years. That is how he created the myth.” Finally, Fernández used the following metaphor: “In 1945 Japan was bombed with two nuclear devices but it could overcome that. In 1946 Argentina was ‘bombed’ with Perón and Evita and it has not yet been able to overcome that.”