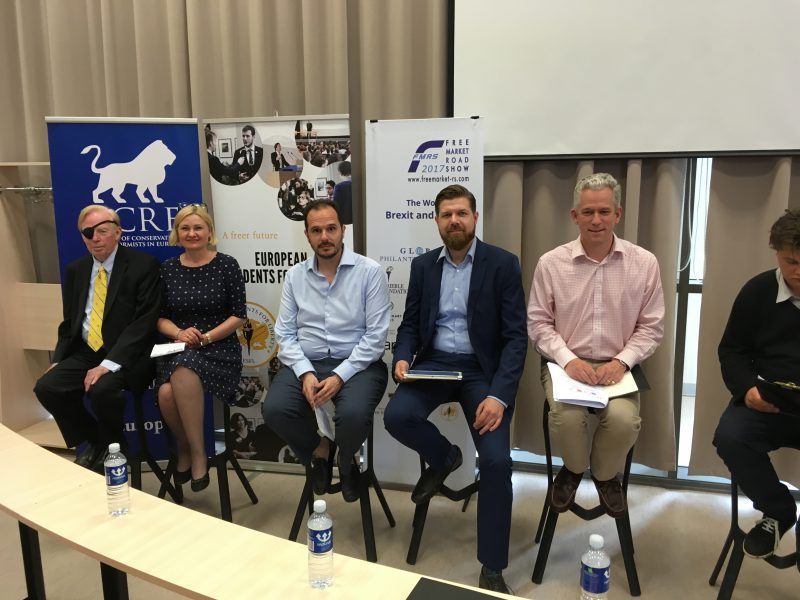 The Free Market Road Show, the biggest libertarian event in the world, visited the capital of Lithuania. Teaming up with Vilnius Students for Liberty we organized the event on May 20th. The man of the hour was the American journalist John Fund, who gave a very interesting speech on the state of democracy at both sides of the Atlantic ocean.

“The European Union has a democratic deficit,” he boldly claimed and went on, “whenever people have been asked about the European Union extension, they tended to say ‘No’.” Mr. Fund maintained that the EU should go back to the principles of subsidiarity and free trade. The so-called Four Freedoms. “These principles have nothing to do with the all powerful bureaucrats we find today in Brussels or the extreme ideas such as the need for a European army.” 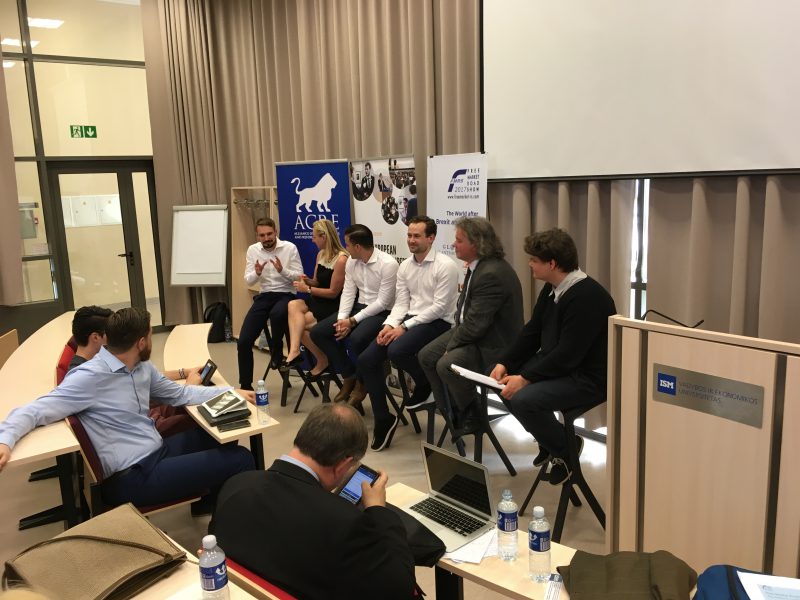 Mr. Fund described where the foundations for the Trump victory laid. A weak economy that did not create real growth for workers who go from paycheck to paycheck. “In the United States zero interest rate policies meant that people with capital and stocks benefitted but wage earners were severely hit. People are definitely more insecure and sometimes even worse off.”

This created a big group within the population who was ready for a message such as Trump’s. He described the last presidential election as highly polarized and explained which was the key to Trump’s victory. “Eighteen per cent of the voters literally ‘hated’ both candidates. But Trump was able to win those voters 65 to 35 per cent. In an election so polarized, this fact decided the election.” On Putin and Russia Mr. Fund said that president Trump is no ‘useful idiot.’ However, he claimed that “the Russians tried to intervene in our elections and Trump may have had hired questionable people.”

The event featured a panel fully devoted to free trade and the European economy. Vitautas Zukauskas criticized the view on trade of the American president. “Mr. Trump has a zero sum game of trade. That is not the way free trade works.” He also bashed current trends in the European Union. “It is a silly idea that we need the same rules in order to trade. The idea of harmonization is very dangerous.

Free trade does not mean we have to harmonize taxes and rules.” In this sense, Prof. Richard Teather added that he suspects “that Trump’s protectionism is more free trade than EU’s free trade. However, from protectionist policies American citizens are the ones who will suffer the most.” Finally, Barbara Kolm, the Director of the Free Market Road Show, asked why the European Union has taken the task of supranational redistribution. “That is totally against what the EU is supposed to be,” she warned.