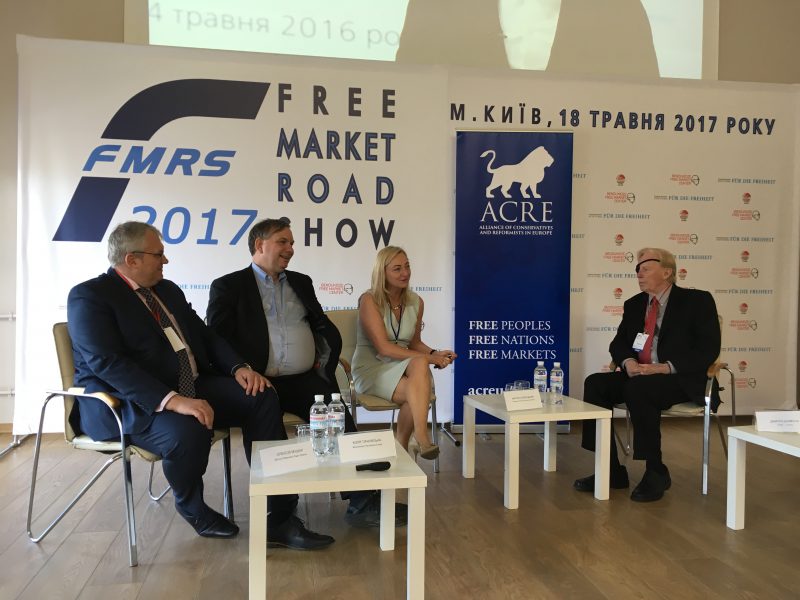 The Free Market Road Show visited the Ukrainian capital. Partnering with the Bendukidze Free Market Center the event took place at a conference hall overlooking the historical Maidan Square. The event was centered in ideas for reforms in Ukraine. Not only locals spoke on this subject, but also Ivan Myklos. Mr. Myklos was a key Slovak reformer and currently advices the Ukrainian ministers of economics and finances.

The first idea discussed was the utilization of a wiki-permit for the agricultural session. This proposal was by Marian Zablotsky, who wants to eliminate the permissions and red tape that burden land owners in Ukraine. Meanwhile, Hilb Vyshlinky compared the situation of current Ukraine to the one of communist East Germany. He claimed there is still a wall in his country. This wall acts against the use of cash. “For more than thirty years this Berlin Wall has existed. We cannot reimburse people in cash. So, for instance, when a representative of the European Union comes we have to ask for his bank account. We have a financial Berlin Wall.” 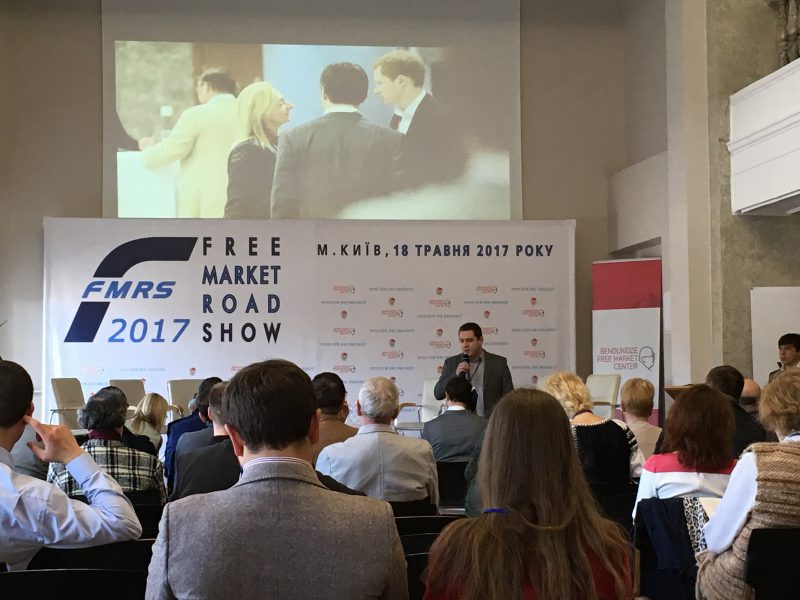 Mr. Vyshlinky thinks that Ukrainians have suffered enough from bureaucracy and that “there should be clear principles for capital flows.” How to deal with the pension problem? This is what Dmytro Boyarchuk discussed. In Ukraine, pensions are very low – 69 dollars is the average. Nonetheless, these low pensions cost the taxpayers a lot of money. This is because the pension fund has a deficit of fifty per cent.

Even in this context, many politicians are promising five hundred euros pensions. Obviously, Mr. Boyarchuk believes that this is either fantasy or irresponsibility. But he claimed that using a system of reverse mortgages may help retirees with a supplementary income.How do revere mortgages work? They allow elder citizens to get the home equity they have built up in the present, and defer payment of the loan usually until they die. Mr. Boyarchuk acknowledged however, that reverse mortgages are “a tool for the future, when inflation is below 5 per cent.” Olexiy Mushak, in turn, talked about land reform.

In January 2001 a “temporary” ban on sell of land was introduced by the Parliament. It is still in effect today. Mr. Mushak said that although there is a land moratorium, land is being sold. But he emphasized that “the main reason for land reform has to do with our worldview. We have to defend private ownership and respect it. The situation today is similar to the one of the slaves in the 19th century.

People have the land, they work it, but they do not own it.” He linked, in part, the moratorium to a romantic idea about land. “There is this romantic idea about land. This is that we have shred blood for the land and therefore cannot be treated as other commodity or product. We have to take away the notion that we cannot sell the land. It is a mental block. This will be a push for fighting for the other economic freedoms.” 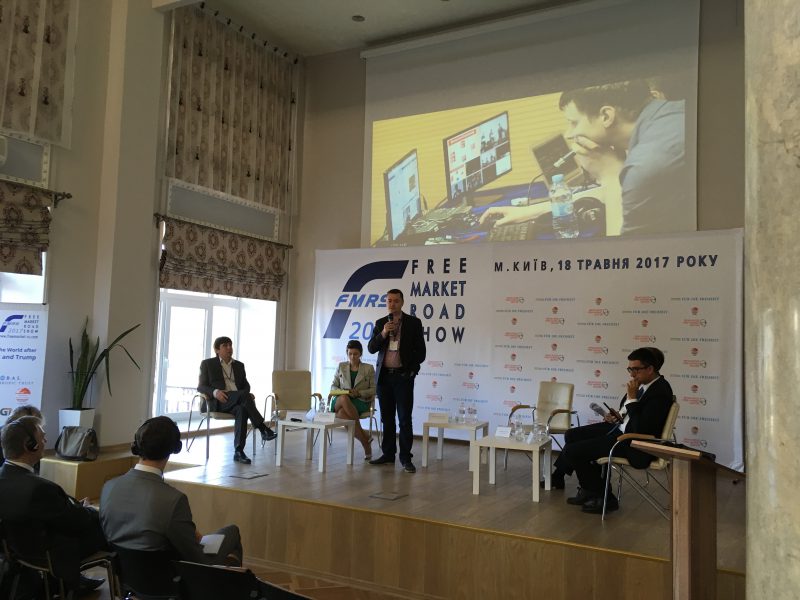 He finished his remarks saying that the moratorium violates the Constitution – since citizens are not allowed to make use of their property. Yuliya Tychkivska proposed the elimination of state diplomas. “We have to abolish state diplomas. These diplomas should stem from the universities. This will foster competition in higher education.” Finally Ivan Myklos tried to give a general picture, but having Ukraine in focus. He claimed that classical liberal values need to be protected. This means rejecting xenophobia and hate. But it also means to reject political correctness and multiculturalism.

Mr. Myklos expressed that “Ukraine does not have the clear perspective that European Union accession gave to other countries.” And on top of this, there is the Russian aggression. But he thinks this should be used as an incentive and not as an excuse. “There is no exception to this rule: from a poor country to a rich country, the only way is free market economics. Even Sweden is an example of this principle. In the 19th century, Sweden had an income that was sixty per cent of the Western European average. In the 1950s it had one hundred and sixty per cent, thanks to free market reforms.”