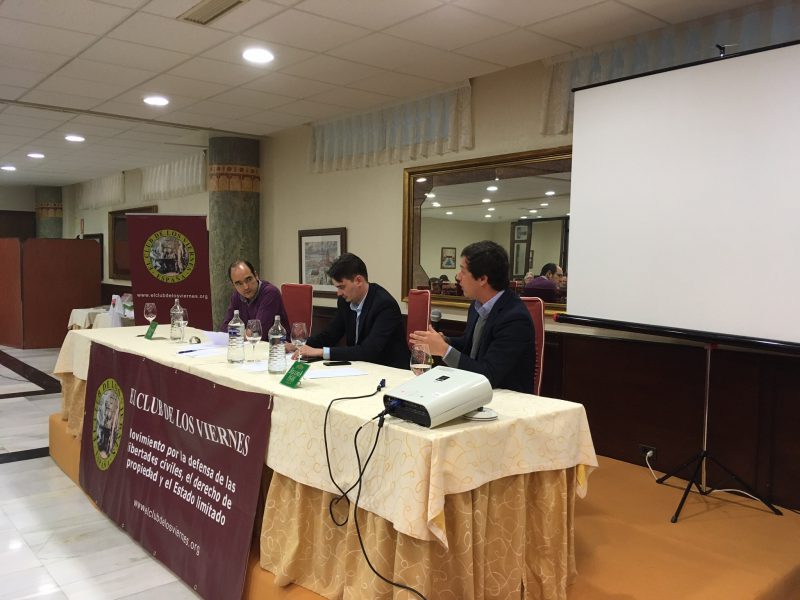 Gijón is one of the new cities the Free Market Road Show has added to its destinations. We joined forces with the new and active “Do Tank” of El Club de los Viernes. This institution, which is just one year old, is already active in the whole of Spain. During the event many important issues were discussed so let’s get started with the main points.

Ignacio Blanco, from El Club de los Viernes, talked about poverty in Europe. According to him, “our Western societies are like spoiled children, this is why we talked about relative wealth instead of poverty.”

Then came the turn of Enrique Fonseca, from Visual Politik. Mr. Fonseca is one of the most popular political YouTubers in the world. His talk had to do with marketing … from a Marxist point of view. Fonseca believes that political reality is very complex and that populists have an opportunity when economies are going up. “It is when differences appear that populists can act.” Following the post-Marxist philosopher Ernesto Laclau, Fonseca explained what “problematization” means. Populists and Marxists tell people what the problem is but they do not offer any solution. What they bring instead is who to blame.

He offered an example to clarify this concept: “Let’s think of three different persons. One is from Detroit and is unemployed because his factory moved to China. The second is a businessman from San Francisco who cannot compliment his secretary due to political correctness. And the third one is a police woman from Texas. Trump’s work was to make these people believe that they have a common enemy.

“Here is where Laclau’s ’empty signifier’ enters. Make America Great Again means different things to different persons of our example. For the gentleman in Detroit it means his job will be back. For the businessman in San Francisco, that political correctness will be abolished. For the police woman, that she will not have to deal with Mexicans. Nonetheless, this empty signifier, Make America Great Again, gives them an identity. And when this identity becomes majoritarian, you achieve cultural hegemony.”

In turn, María Blanco presented some of the ideas of Stephen Hicks – a Canadian American philospher who wrote “Explaining postmodernism.” “There have been three attempts to apply Marxism in the West,” Ms. Blanco said and detailed, “the first was through revolution. The second with intellectual vanguards. The third and contemporary consists in trying to change our ethical and epistemological premises.”

In the opinion of Ms. Blanco, the new Marxist epistemology is based upon the School of Frankfurt and the ideas of Sigmund Freud. “What they do is to analyze the ‘pathologies’ of capitalism. And since capitalism oppresses the masses they are justified in using violence. That is why the left so often justifies violence and even terrorism,” she concluded. 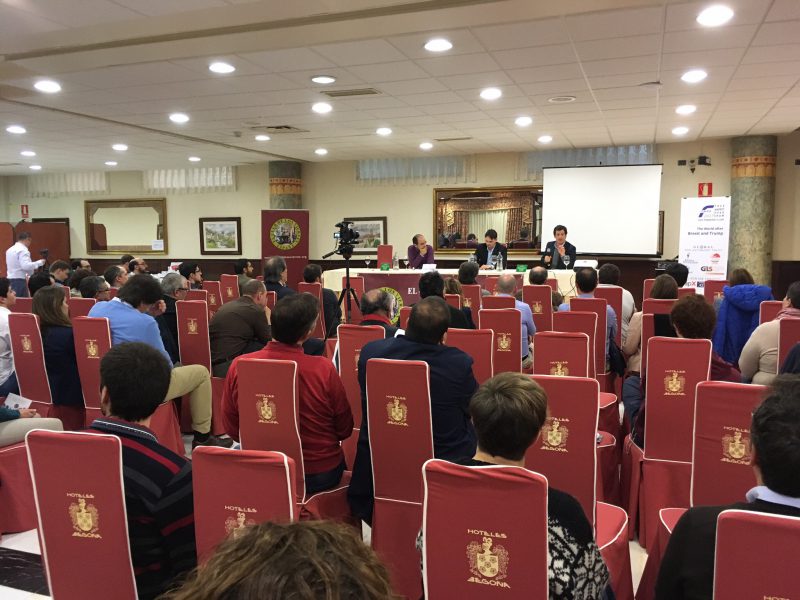