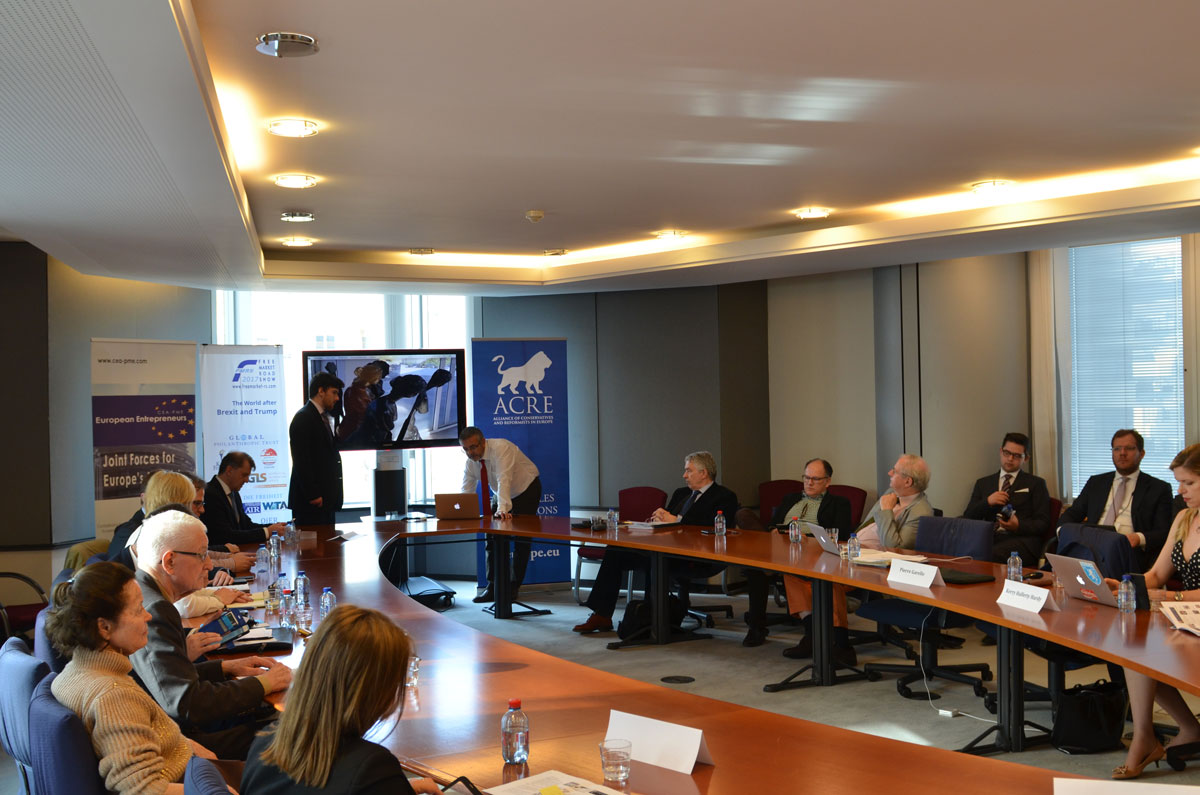 Taking place in the political heart of a troubled Europe, the Brussels stop of the Free Market Road Show, in collaboration with the Ludwig von Mises Institute-Europe, and the Alliance of Reformists and Conservatives in Europe (ACRE), did not disappoint. Inside a full room within the European parliament, a combination of direct collaborators of the EU and outside observers debated on the future of the European project.

Following an introduction by Mrs. Godart and Mrs. Kolm, professor Erich Weede depicted the great threat that looms upon the free trade era subsequent to decades of being under attack, Brexit endangering UK free trade, and the recent failure of TTIP. He then underlined the often-overlooked positive sociological effects of free trade, such as the advantage of backwardness from which less developed nations benefit.

However, he stressed that these advantages were undermined in the public opinion by the delegitimization of free trade due to the new international division of labor (NIDL), which is the cause of many job losses in the secondary sector within the developed world. Focusing on the implications of Brexit, Pieter Cleppe, from Open Europe, pointed out that the outcome of the separatist vote depends solely on the path chosen by the UK administration, that currently seems to edge towards a Swiss-like deal; a direction that thankfully differs from the objective of the majority of Brexit voters.

John Fund attempted to paint the frustrations of these anti-free trade individuals that voted for a closed UK. He classified them as an integral section of the “somewheres”: a group deeply rooted to the land of their family, who believe people who break the norms should be viewed with suspicion. Moreover, he pointed out that the establishment’s method of simply ostracizing and disregarding this section of the population is pure arrogance, and has further expanded the ideological divide at hand, which could be resolved by instead putting forward fresh alternative policies that could improve their well-being.

Finally, exposing the cracks in the current system from a banking perspective, Gordon Kerr unveiled a series of issues which could be of concern for the monetary union, such as the insolvency of many European banks, as well as the ECB transforming nonexistent assets into euros, a policy obviously unsustainable in the long run. 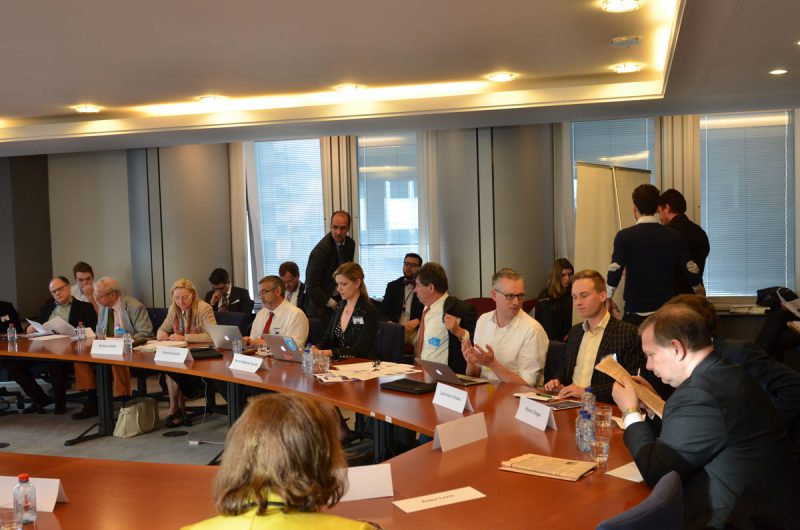 Focusing on rise of populism, in a talk that complemented John Fund’s speech, Kerry Halferty Hardy commenced the second panel with a plea to change how we should confront populism and non-marxist anti-liberalism, as the current line is to utilize logic and reason to convince them of the virtues of free trade. Interestingly, she identified an implicit correlation between the fall of religious fervour and the rise of the alt-right in the United States, as well as the observable fall of civil religion which has united Americans for centuries.

With a speech focused on France, Pierre Garello presented the failures of the omnipresent government in terms of education, health care, and the tightening labor market, with no foreseeable change following the upcoming election. Sharing his pessimism, Lawrence Urbain demonstrated that, despite there being a decade since the emergence of the financial crisis, not much has changed fundamentally; national banks are still too big to fail, and southern European nations still remain extremely fragile, with their respective governments being unable to implement any meaningful reforms.