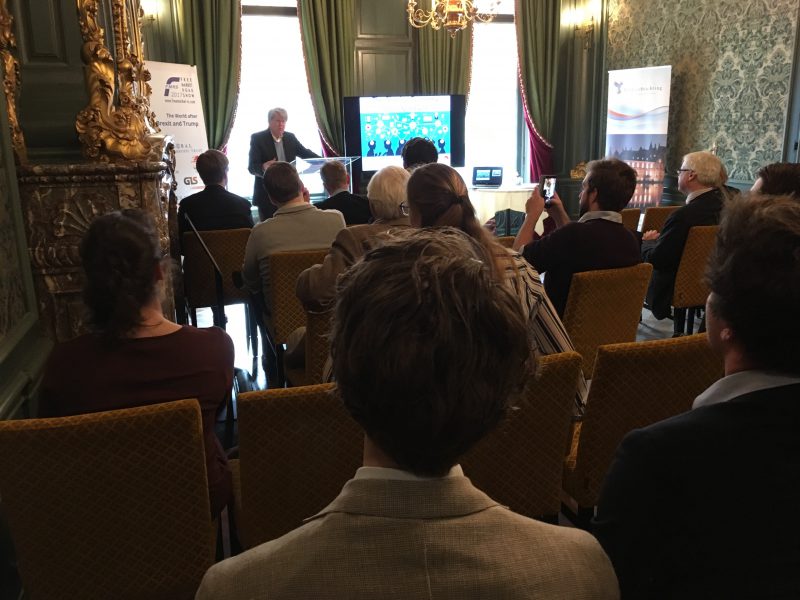 The Free Market Road Show, the biggest libertarian event in the world, made a stop in the capital of the Netherlands. Amsterdam welcomed Gloria Álvarez, Federico N. Fernández, Pieter Cleppe, and Dwight Lee to discuss trade, Brexit, and populism. Our local partner was the Telders Foundation, who made a terrific job co-organizing the FMRS.

It was Dwight Lee who kickstarted the event making the case for trade. “Thanks to markets and free trade, we can be motivated by self-interest and at the same time, help millions of people we do not even know.” Professor Lee also said that “the market economy motivates us to ‘share’ with others as if we cared about them as we care about ourselves. This is the true morality of the markets.”

Pieter Cleppe of Open Europe talked about Brexit. Mr. Cleppe believes that “if Britain gets a bad deal, the European Union also loses.” Cleppe explained that the members of the European Commission believe that the United Kingdom deserves a fair deal but still inferior to the one it had as member. This is so because they fear other countries may follow the British example.

Moreover, the head of the Brussels office of Open Europe explained that “this attitude reveals how many in the EU institutions and member states instinctively consider trade to be a zero-sum game: when one party wins, the other party must lose. Of course, it’s the other way around. If Britain gets a bad deal, for example because it faces tariffs to export to the continent, the EU also loses. That’s the case not just because Britain could itself seek to impose tariffs on imports from mainland Europe, but because restrictions on investment from the City of London into the continent would drive up the cost of investment in the EU27.” Mr. Cleppe also remarked that any economic damage for the United Kingdom would also impact the rest of Europe – especially for the Benelux, Germany, Malta, Cyprus and Ireland. 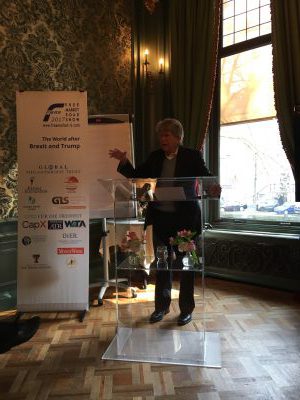 The event was closed by Gloria Álvarez from Guatemala. Ms. Álvarez explained how populism gained ground in Latin America. She claimed that the “Foro de Sao Paulo” in 1990 was key to change the leftist strategy. “When the Soviet Union fell the communist parties and the guerrillas lost the Russian finance. So they moved from Marx to Gramsci.” The marxist prophecies were substituted by an aggressive and messianic statism that promised to lift people out of poverty. At the same time, all across Latin America the “neoliberal wave” came to power and people started talking about the “Washington Consensus.” This consensus was comprised of ten points. However, only one was applied: privatization. Therefore, Ms. Álvarez believes that people were deceived by a Gramscian cultural strategy that demonized a liberalism that was never put into practice.

At this point she explicitly compared liberalism and communism: “Unlike communism, ‘neoliberalism’ was a mere straw man and was never fully applied. Marxism was applied in many countries with catastrophic results.” In 1998, Hugo Chávez proposed 21st Century Socialism as a response to the “imperialist yankee neoliberalism.” And he initiated a wave that reached Venezuela, Argentina, Brazil, Ecuador, Bolivia, and Nicaragua. She also mentioned that in her native Guatemala 21st Century Socialism did not get to power but it is indeed a threat. That is why she is part of a civic movement that wants to try to revive the concept of republicanism and the limitation of power. “It is the republican order that enables us to protect our life, liberty, and property.”