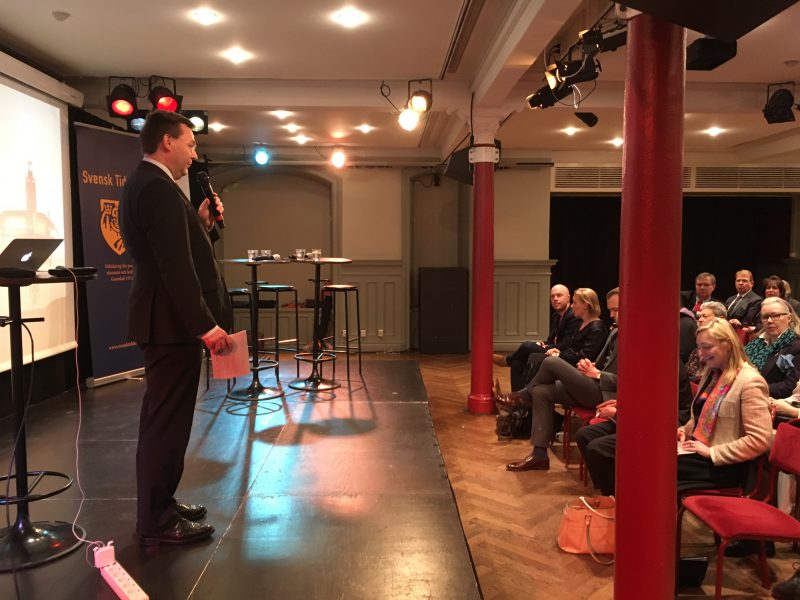 The Free Market Road Show visited Stockholm in March 31st in association with a new partner – Svensk Tidskrift. The Svensk Tidskrift is a magazine with a touch of think tank. Established 1911 they cover politics, economy and culture in Sweden and abroad in a weekly online magazine, arrange seminars, publish books and participate in the public debate.

The Svensk Tidskrift is liberal-conservative, but has no formal party connections. They work to enable the politically interested and ideologically sound to express their views and participate in the debate on free market issues such as protection of private ownership, lower taxes and freedom of speech. 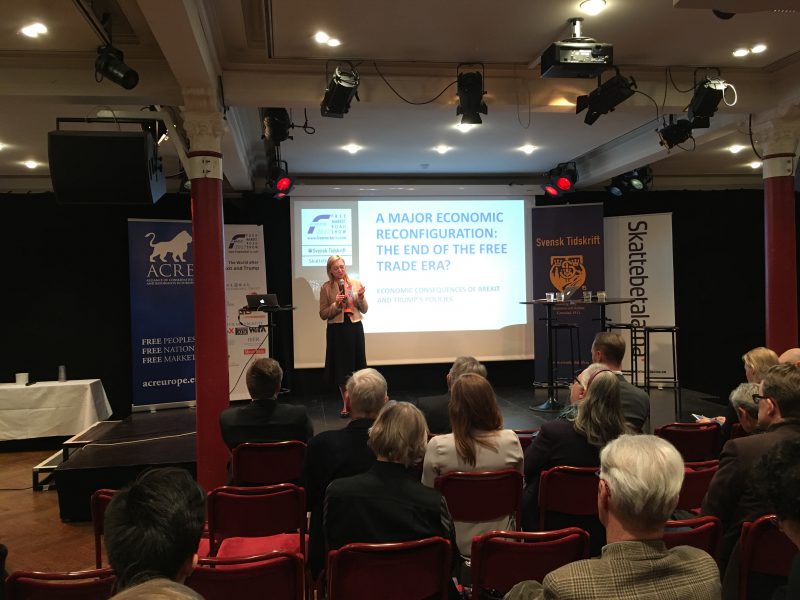 The event in Stockholm was a fantastic event that featured interesting discussions and many different views. The highlight of the day was the speech of Maria Rankka.

Ms. Rankka is a well-regarded opinion leader with vast media experience and has written several highly profiled books. In 2010 she was appointed CEO of the Stockholm Chamber of Commerce, one of the most vital business lobbies in Sweden. She started her talk making very clear that “free markets have played an important role in the transformation of Sweden from one of the poorest countries in Europe to one of the richest.”

Ms. Rankka also talked about trade and its status in Sweden. According to her, there is a consensus on trade between left and right. Free trade is not something Swedish politics fights over. Even Unions have embrace free trade in Sweden.

This naturally begs the question – Why? Ms. Rankka believes that is because “Sweden has had a real wage increase at the same time trade was being liberalized.” In this sense, Sweden is a contradictory example to the wailings of Donald Trump on free trade.

With regard to president Trump’s anti-trade rhetoric, she also explained that the North American Free Trade Agreement (NAFTA) is a fantastic example of how trade is a ‘win-win’ game. “NAFTA has created four million new jobs in the United States. And what about the job loss? It was just half a million. The thing is that people who lost their jobs because of NAFTA are very aware of that fact while the ones who benefitted are not that aware.”

The CEO of the Stockholm Chamber of Commerce concluded that to defend trade and to participate in the debate free traders have to be more concrete and less abstract. 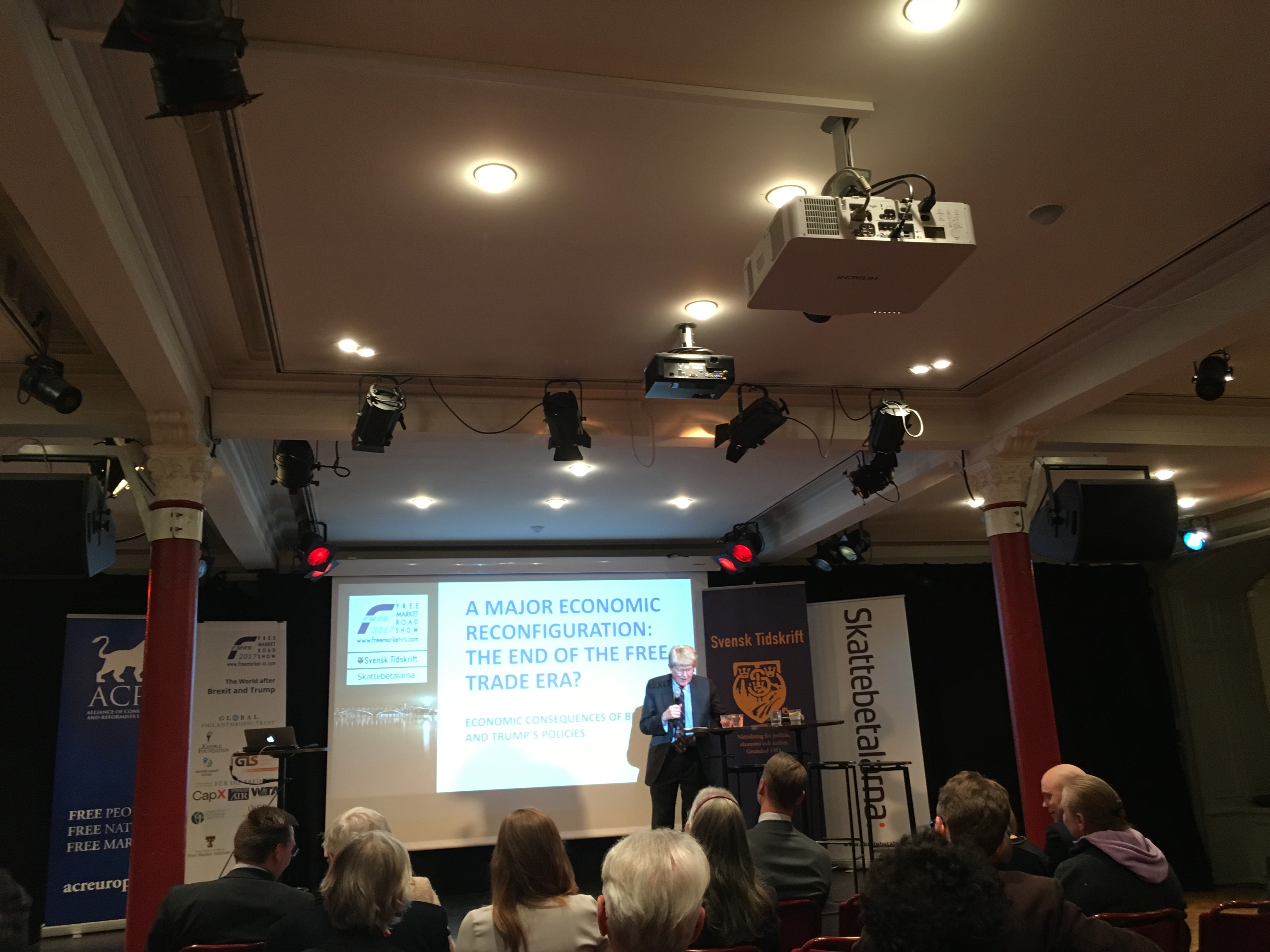 Who are the Elites?

The topic of the elites was dealt during the event, too.

Perhaps the most interesting thought about it came from the Federico N. Fernández, the Senior Fellow of the Austrian Economics Center. Mr. Fernández believes that politicians should not be considered an elite.

He offered the following example: “Let’s suppose you live in a building and you hire a manager to take care of the common areas such as the garden, parking lot, etc. Is that manager position an ‘elite’ position? And what is more, what if that building manager starts taking a huge part of your income, lives large, travels first class… Is he now part of the elite? Our politicians should be humble managers of certain common areas. Their job should be a service they provide part time.”

Mr. Fernández thinks that “our real elites, on the other hand, should be comprised of people who are positive for the society. I am thinking of producers, not takers, people who get their income and/or social prestige through voluntary mechanisms.”