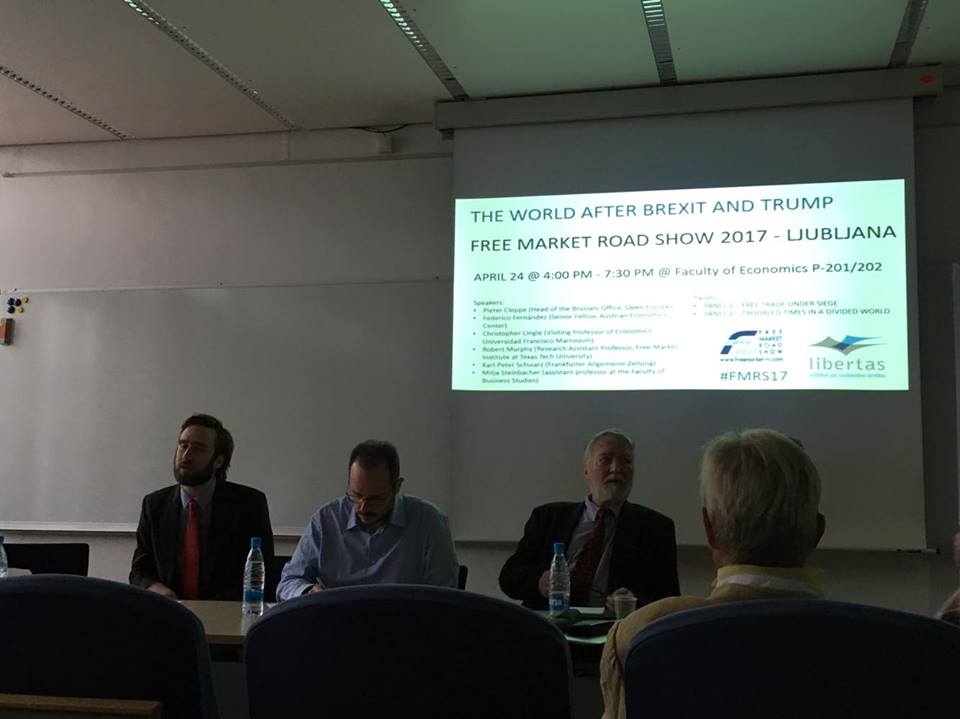 The Free Market Road Show will be visiting forty five cities in forty different countries until May 23rd. In this framework, the FMRS made a stop at the Slovenian capital of Ljubljana. Teaming up with the local Institute Libertas (http://institute-libertas.org/ ) we presented a program that featured speakers such as Robert Murphy, Christopher Lingle, and Karl-Peter Schwartz.

The event was kickstarted by Robert Murphy. Dr. Murphy teaches at the Free Market Institute Texas Tech University (https://www.depts.ttu.edu/freemarketinstitute/) – which is led by Dr. Benjamin Powell. The FMI is one of the most dynamic alternatives for graduate students who want to make a PhD in economics influenced by the Austrian School.

Dr. Murphy spoke in favor of the benefits of trade. Needless to say that the political consensus regarding the positive effects has changed since President Trump has been elected.

In this sense, the American economist highlighted that a usual criticism of free trade is that “it would only work if all the other countries had it too.” However, Dr. Murphy explained that free trade should be unilateral. 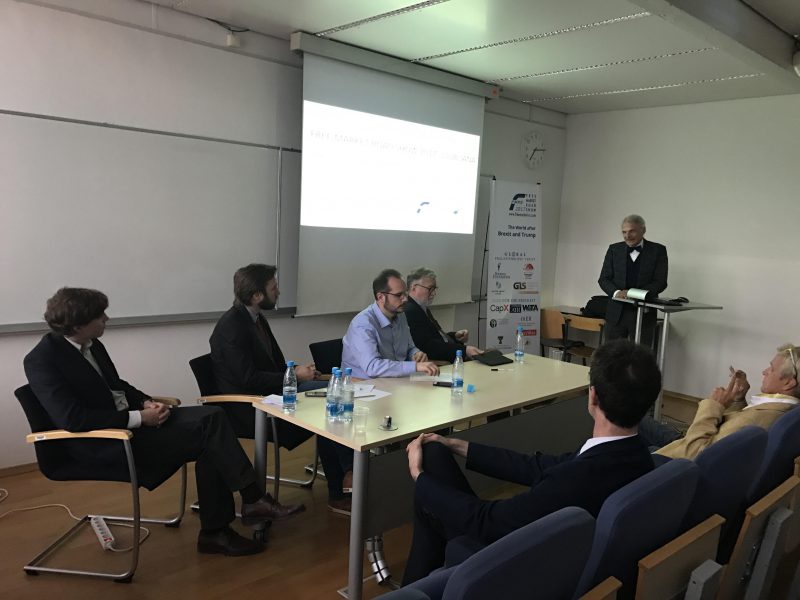 This is due to two reasons. Firstly, a country that has free trade makes its own population richer per capita. Secondly, limitations to trade take away options from individuals. Murphy asked how can taking options away make people richer. He also explained that there are two sorts of criticism towards “free trade agreements.”

On the one, of course, one finds the “pure protectionst” who oppose trade for a myriad of reasons. On the other, there is a totally different kind of group. Murphy reminded the audience that when the North American Free Trade Agreement (NAFTA) was being negotiated several legitimate free traders and Austrian economists were not in favor. These people were concerned with many of the clauses that NAFTA included – which made a “managed trade” agreement instead of real free trade. Moreover, many feared the “harmonization of regulation” that NAFTA demanded. 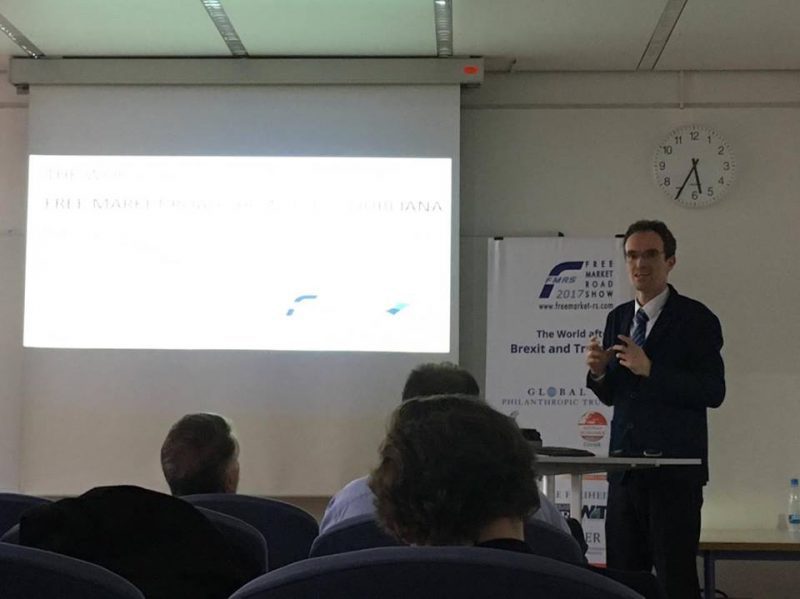 Christopher Lingle, an international economist based is Asia, expressed his views on the raise of Trump and the importance of free trade.

According to him, “the Brexit people and the Trump people could feel the pulse of the electorate.” This is because populism succeeds because it response to certain concerns of the population.

Lingle thinks that people are confusing symptoms with causes. They see, for example, huge trade deficits or raising costs for the auto industry. But the reason for this is not “unfair trade” or “bad deals.” The villain is in regulations, public spending, and monetary policies.

Karl-Peter Schwartz, from the Frankfurter Algemeine Zeitung, spoke about the state of journalism. He mentioned that Ludwig von Mises in the early forties already realized that the relationship between journalists and politicians was complicated. Mises thought that journalists competed for attention. To get this attention by the public they needed to publish news first. If they were nice to politicians, they would get the news. Mises lamented that because of this it was not event necessary to corrupt journalists.

What is more, Mr. Schwartz expressed that the social status of journalists today is similar to the one of horse carriage drivers. They might be needed from time to time, but they are part of an old age. And on top of this, Schwartz claims that there is an ideological crisis. Namely, political correctness. Political correctness was developed by Communist theorists to help the arrival of revolution. Nonetheless, nowadays its only objective is to be at the service and affirm existing political powers and structures. Journalists are imprisoned by this perverse logic, concluded Mr. Schwartz.