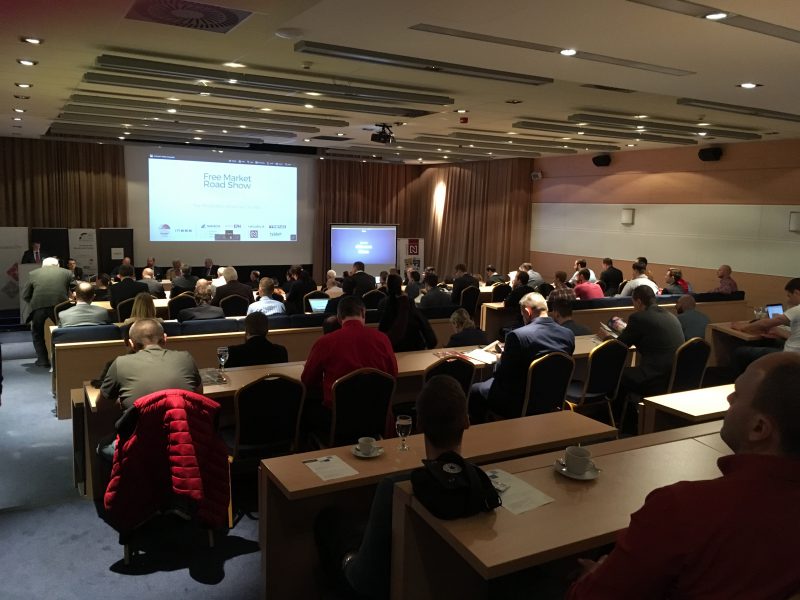 The Free Market Road Show landed in Bratislava for the last stop of our second lap. As usual, the event was a huge success in all metrics. The venue was packed. The media coverage was wide. And the level of the discussion was notably high. This is so in a big part due to our local partner in Slovakia, the Institute of Economic and Social Studies (INESS).

INESS monitors the functioning and financing of the public sector, evaluates the effects of legislative changes on the economy and society, conducts in-depth analyses and drafts reform proposals, and comments on current economic and social issues. It is the most frequently quoted Slovak economic think tank in broadcast and print media. 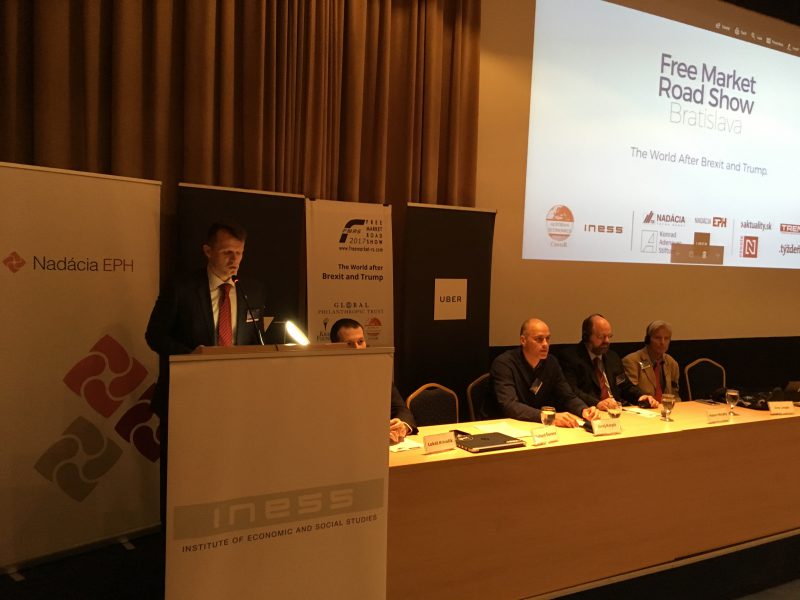 The discussion was kickstarted by the American economist Christopher Lingle. He noticed that free trade and special economic zones are an admission by governments that their taxes are too high. “The irony,” Lingle added, “is that most of the times these governments give better opportunities to foreign than to local investors.” 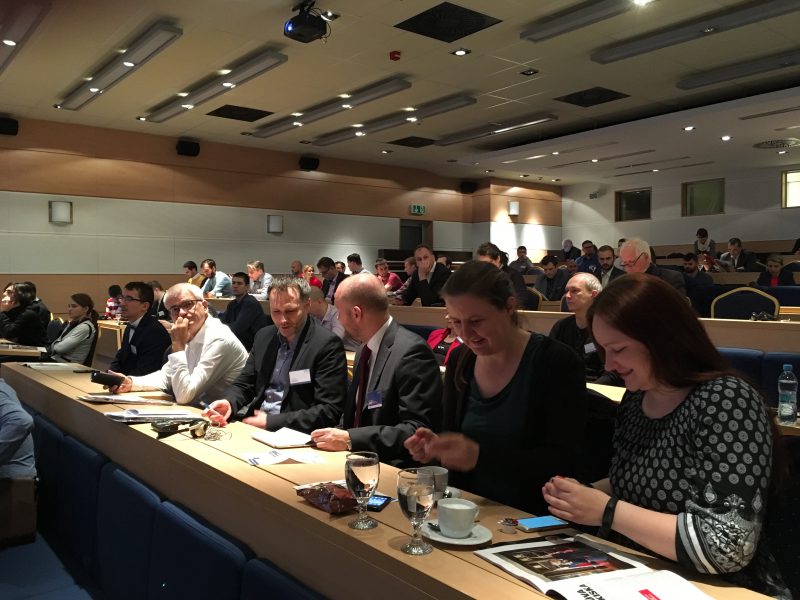 Then came the turn to speak of Robert Murphy. Dr. Murphy is a professor at the Free Market Institute (Texas Tech University). All those students interested in an academic career in economics should check their PhD program. Dr. Murphy made a great effort to try to shred some light over the criticisms to free trade that come from the Trump administration.

He referred to the the white paper written by the socialdemocrat economist Peter Navarro – who is the president’s main economic advisor. He mentioned that in the recently announced Republican tax reform package there was a claim for ‘fairness’ in international taxation. This concern lies in what Navarro believes is an asymmetry. 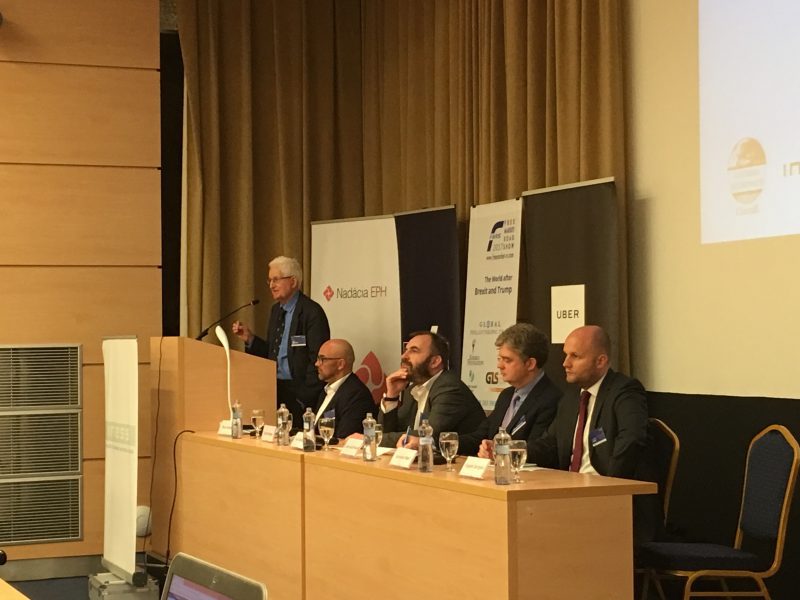 The reasoning goes like this. The US government levies taxes via the corporate income tax. Other countries, however, do so via a VAT. This means that, for example, an American exporter pays income tax in the US, while a German exporter gets a rebate for the VAT. The US does not levy an income tax on German companies but American companies pay full VAT in Germany.

Dr. Murphy said that, regardless that this argument has been criticized, it is important to understand what underlies the anti-trade rhetoric of the Trump administration. Murphy emphasized that politics should be distinguished from commerce. “A country with no political alliances could still practice free trade. In this way they can keep their sovereignty and still enjoy the benefits of trade.”

Juraj Karpiš, economist and researcher at INESS, gave fiery speech about the European Union’s war on cash. Mr. Karpiš started his presentation bringing some clarity over a common fallacy. Terrorism is often used as an excuse by most governments to wage war on cash. But in reality, terrorist attacks tend to be very definitely inexpensive.

He continued: “The real reason is fiat money – which is out of control.” According to the Slovak economist, what we have now is so-called “PhD money.” Instead of systems of control such as the gold standard, our money is currently controlled by economists with PhDs.

And it is precisely because we have such questionable money that people are trying to protect themselves. “This is really why the European Central Bank wants to ban cash,” explained Karpiš. He finally noticed that people demanded high denomination bills like the abolished five hundred euro note. Regardless, the government monopoly stopped producing them. “This is utterly absurd,” lamented Mr. Karpiš.

From the event also participated Michale Jäger, from the Bavarian Taxpayers Association. He left a reflection we should all keep in mind:

“In Germany we know that walls are not the best idea.”