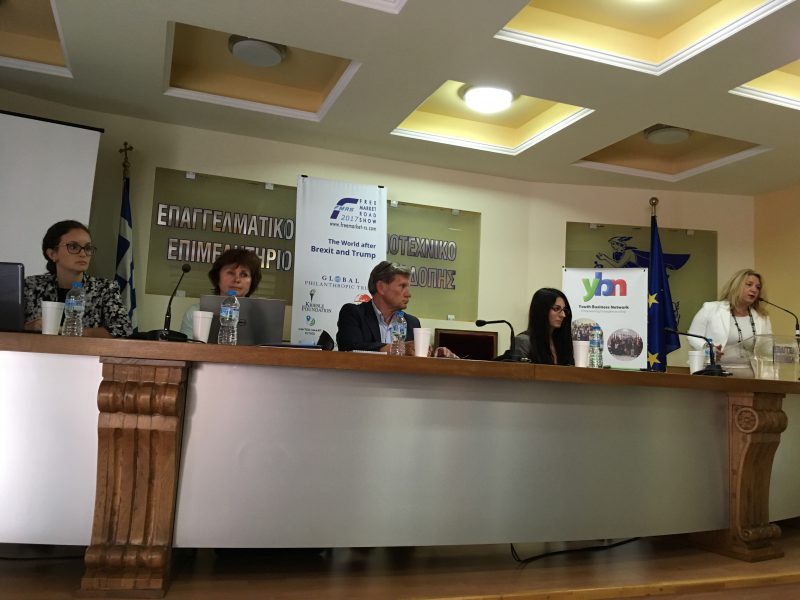 The Free Market Road Show started its Greek four-city-lap in Komotini on May 8. Teaming up with the Youth Business Network  the event gathered more than 150 -mostly young- eager to listen to our message. Komotini also marked the this year’s debut of Leszek Balcerowicz as speaker. Mr. Balcerowicz led the team that was in charge of the Polish transition in the early nineties.

He is definitely the architect of that successful process.The Polish reformer started his talk asking whether capitalism is to blame for crises. According to him, the worst crises we have witnessed are what happened in Mao’s China, Stalin’s Soviet Union, and Maduro’s Venezuela. Far from capitalist leaders, indeed. 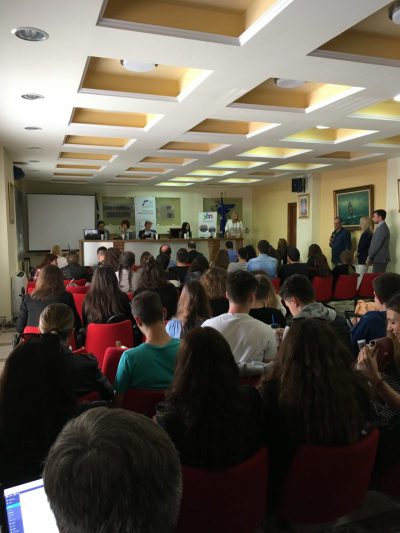 He proposed a similar exercise about unemployment. “Let’s compare France and Germany. Both are members of the European Union. But in France they have a very rigid labor market and in Germany they do not. Is this because of free markets? No! It is because of very bad regulations.” Speaking of bad regulations and how to be an effective reformer, Mr. Balcerowicz claimed that “the experience of countries that left Socialism is that radical reforms work.

If you have a lot of distortions, slow reforms will not work. They will be stopped. You have to prepare your strategy, mobilize, and then maintain them.”He urged young people to fight for freedom. “In countries where economic freedom are abolished, you cannot have democracy. When they take away economic freedom, they take all the other freedoms, too.” 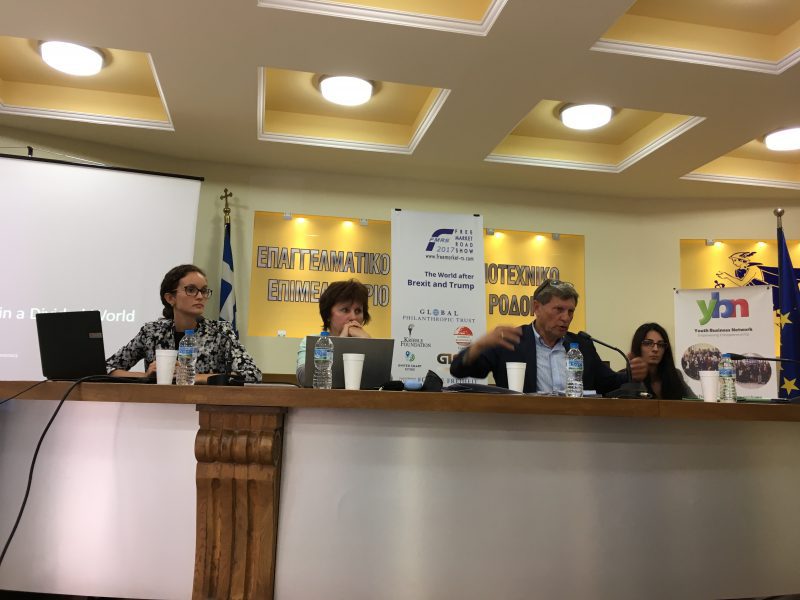 When young people organize and fight for freedom, from time to time they will. However, Mr. Balcerowicz considered certain that if they do nothing, they will always lose. “You do not wait for other people to act. If you do not act, the bad regimes become stronger.”Komotini also marked the first appearance of Jamie Bologna. Ms. Bologna is a researcher at the Free Market Institute (Texas Tech University) – which is led by Dr. Benjamin Powell.

The FMI is one of the most dynamic alternatives for graduate students who want to make a PhD in economics influenced by the Austrian School. The American economist pointed out that, although things may not be perfect and we might be living in times of crisis, “The World’s GDP has been flat for a very long time but in the last centuries we have experienced amazing growth. That is why poverty levels are falling spectacularly.”