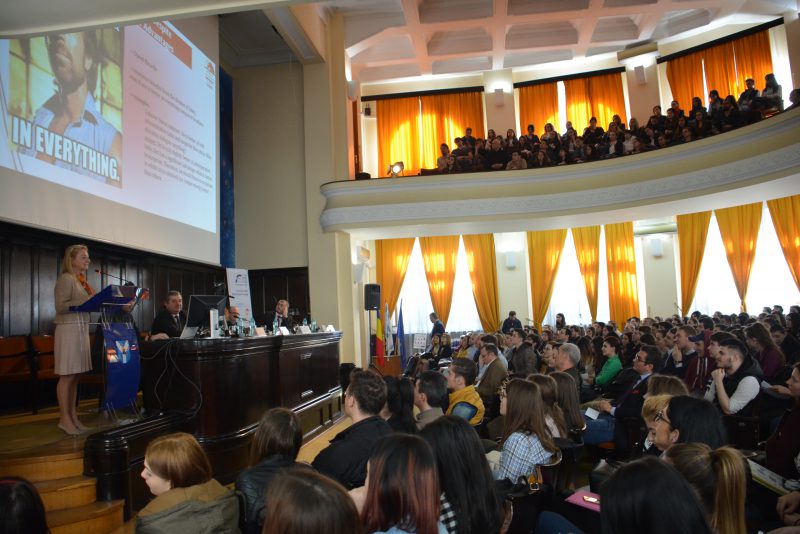 For the second event of the week in the Eastern Europe tour, the FMRS was taken to Iasi, Romania, in front of a packed room, with enthusiastic students queuing outside the auditorium to acquire a seat. As opening remarks, Raluca Munteanu, an alumni of the university working for United Business Center, a key partner of this event, showed how, in practice, students from this university could indeed have a lasting impact on Romania and help it grow.

In the light of the 60-year anniversary of the treaty of Rome, Marius Alexa pointed out that, despite the dissatisfaction and criticism of local entrepreneurs, the EU has brought about an extended period of growth and peace, although troubled times might be ahead with Brexit. He coupled this with a powerful defense of the individual and the entrepreneur as the main drivers of prosperity. He was followed by Vasile Isan, with a dense discourse on the aftershocks of failed trade policy. He provided the numbers on trade agreements that Barbara Kolm referred to in her talk as „managed trade“, which is still not the optimal solution from a libertarian standpoint. She claimed that would be unilateral free trade and explained the academic arguments about this.

For his second stop on the road show, Andrew Bernstein decided to adopt a much more controversial exposition to key concepts, arguing that lack of property rights is equivalent to having no right to oneself’s life, rooting his argument in the work of Ayn Rand. The final two panelists proved to present complimentary topics, with Ilie Farte denouncing oppression of the majority rule citing Brexit as an example, and Lucian Dirdala highlighting the importance of a political community to move forward.

United Business Center, in order to incite audience participation, offered a prize for the best Q&A question, to be chosen by Mrs. Kolm. The effects of this incentive were fast observable, with a plethora of questions coming from the audience after each panel, on a wide variety of issues, such as the limitations of trade, and the potential consequences of the United States’ morphing foreign policy. However, the winner was a young student of the university who asked about the possible effects of Bitcoin and cryptocurrency on the current banking system and policy. 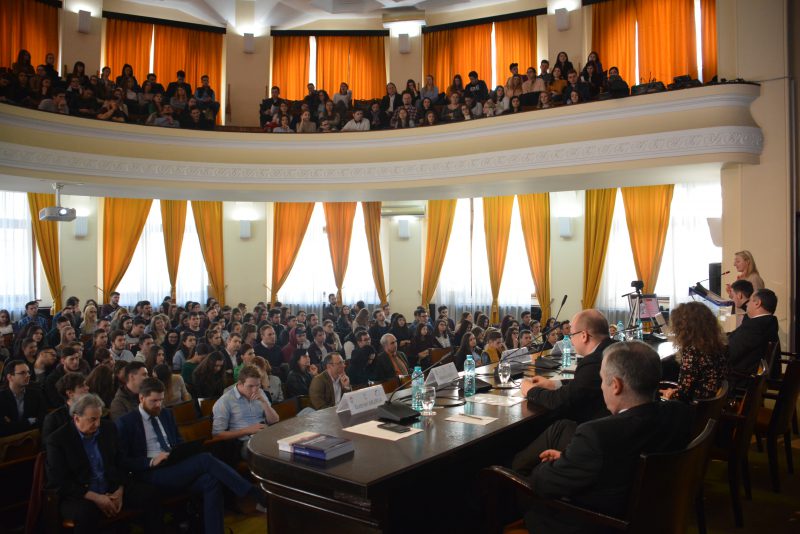