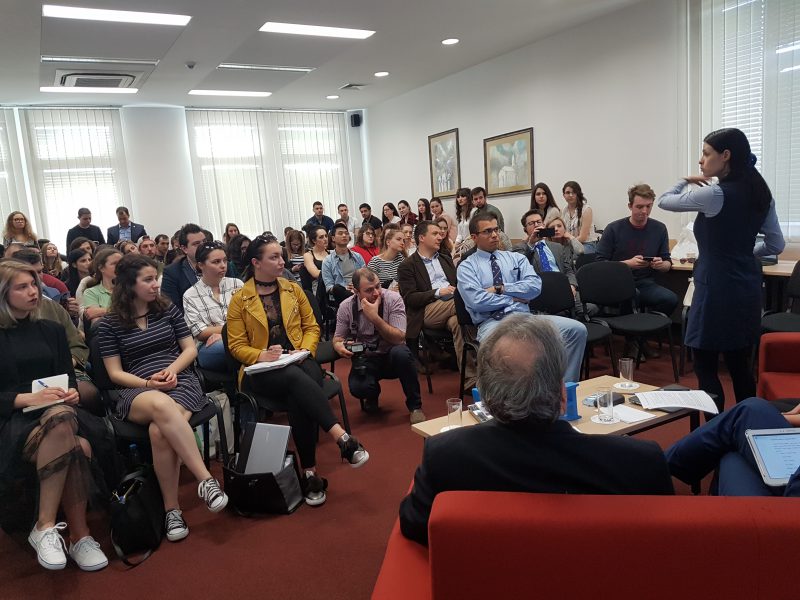 The first full week of the road show has come to a close in the city of Blagoevgrad, a university town south of Sofia. The event was held by the American University of Bulgaria, the school where Andrew Bernstein currently teaches, with an equal mixture of students both from AUBG and from Sofia, thanks to a bus specially hired to transport the motivated individuals from the capital, totalling nearly 100 people.

To discuss the issue of globally shifting stances on trade, Yasen Georgiev used the example of the United States, by first highlighting the hypocrisy at hand: why is Trump bashing Mexico yet sparing Canada, despite the fact that both are part of NAFTA? He argued that rather than making individual nations great again through protectionism, we should rather focus on making free trade great again, as he pointed out that there are unseen consequences stemming from protectionism, a phenomenon denounced in Frederic Bastiat’s famous essay: “Ce que l’on voit, et ce que l’on ne voit pas” (“What is seen, and what is not seen”).

Barbara Kolm complemented this argument in her talk, pleading for unilateral free trade, such as what was seen in Estonia subsequent to the fall of the Soviet Union, which led to tremendous growth and development. Further, she argued that, in the end, protectionism is nothing more than protecting the producer at the expense of the consumer, thus harming the nation as a whole. Georgy Ganev provided answers to the numerous questions by the students in the Q&A session; the students addressed the issue of Bulgaria’s current trade position, where they were curious about the influence Turkey and Russia exerted respectively. 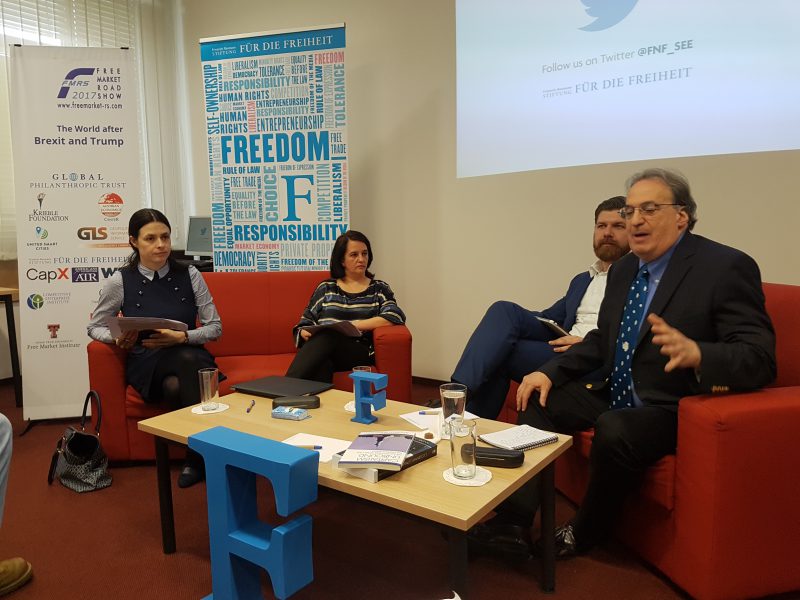 Discussing the populist streams around the world in the second panel, Ruzha Smilova expressed that she rather use the term “sovereignism” rather than populism because it identified the root of the movement more clearly. Moreover, she clarified why sovereignism has only become a real threat now, despite the fact that we have maintained the same system of government for decades now: liberal democracy, which she defined as a homogenous blend of popular vote, rule of law, and individual rights.

While sovereignists portray the elites as detached self-interested cosmopolites, she defended the values of meritocracy over equality, praising the dual ex-ante/ex-post advantage of the vertical social structure. To bridge the elites and the people, Mrs. Smilova proclaimed that elites must reject succumbing to the vices of power.

The main sequence of the Blagoevgrad stop was, however, the final panel in which the students were the main drivers of the discussion. Four students submitted an issue to discuss: the potential negative consequences of the free market, how to counter identity politics, the proposal of a “two-speed Europe”, and the role of the media in the rise of 21st century populism. The remaining students chose their favorite issue to discuss and were given thirty minutes to investigate and debate. Once time was up, the four initial students presented the solutions found during the dialogue. The level of discussion was exceptionally high, which demonstrated that this special third panel was a success. 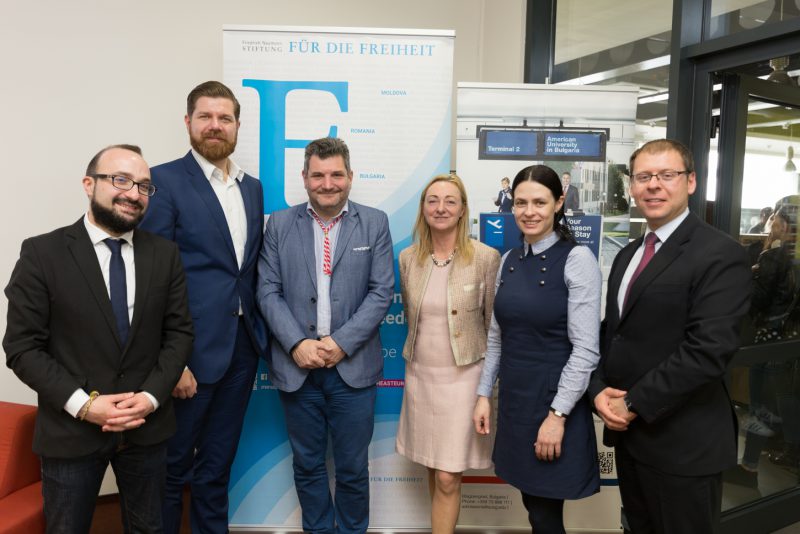